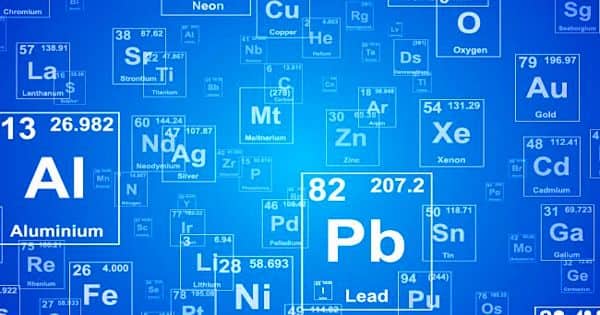 Heavy metals are naturally occurring elements that have a high atomic weight and a density at least 5 times greater than that of water. These are generally defined as metals with relatively high densities, atomic weights, or atomic numbers. The term heavy metal refers to any metallic chemical element that has a relatively high density and is toxic or poisonous at low concentrations. The criteria used, and whether metalloids are included, vary depending on the author and context. Examples of heavy metals include mercury (Hg), cadmium (Cd), arsenic (As), chromium (Cr), thallium (Tl), and lead (Pb).

Heavy metals are natural components of the Earth’s crust. They cannot be degraded or destroyed. In metallurgy, for example, a heavy metal may be defined on the basis of density, whereas in physics the distinguishing criterion might be an atomic number, while a chemist would likely be more concerned with chemical behavior. Heavy metal poisoning could result, for instance, from drinking-water contamination (e.g. lead pipes), high ambient air concentrations near emission sources, or intake via the food chain. Their multiple industrial, domestic, agricultural, medical, and technological applications have led to their wide distribution in the environment; raising concerns over their potential effects on human health and the environment.

Heavy metals are defined as metallic elements that have a relatively high density compared to water. More specific definitions have been published, but none of these have been widely accepted. Despite this lack of agreement, the term (plural or singular) is widely used in science. Heavy metals can enter a water supply by industrial and consumer waste, or even from acidic rain breaking down soils and releasing heavy metals into streams, lakes, rivers, and groundwater.

Heavy metals are dangerous because they tend to bioaccumulate. The earliest known metals—common metals such as iron, copper, and tin, and precious metals such as silver, gold, and platinum—are heavy metals. From 1809 onward, light metals, such as magnesium, aluminum, and titanium, were discovered, as well as less well-known heavy metals including gallium, thallium, and hafnium.

Heavy metals are relatively scarce in the Earth’s crust but are present in many aspects of modern life. Their toxicity depends on several factors including the dose, route of exposure, and chemical species, as well as the age, gender, genetics, and nutritional status of exposed individuals. They are used in, for example, golf clubs, cars, antiseptics, self-cleaning ovens, plastics, solar panels, mobile phones, and particle accelerators.