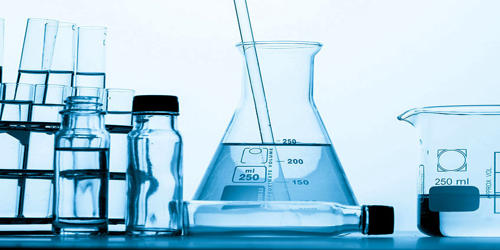 Hydrogen polyoxides are components of peroxy radical condensate obtained from electro-dissociated water vapor. They are chemical compounds that consist only of hydrogen and oxygen atoms, are bonded exclusively by single bonds, and are acyclic. They can, therefore, be classed as hydrogen chalcogenides. The peroxy radical condensate synthesized from electro-dissociated water vapor has been investigated by the methods of Raman spectroscopy and chemical analysis of its decomposition products.

The Hydrogen Polyoxide is chemical compounds consist of hydrogen and oxygen atoms only by single bonds as parts of peroxy radical condensate upon low-temperature interaction of hydrogen atoms with liquid ozone. The simplest possible stable hydrogen polyoxide is water, H2O. The general structure of the class of molecules is some number of oxygen atoms single-bonded to each other in a chain. Hydrogen peroxide is unstable and slowly decomposes in the presence of light. The oxygen atom at each end of this oxygen skeleton is attached to a hydrogen atom.

Hydrogen peroxide can easily break down, or decompose, into water and oxygen by breaking up into two very reactive parts – either 2OHs or an H and HO2: If there are no other molecules to react with, the parts will form water and oxygen gas as these are more stable than the original molecule, H2O2. Thus, these compounds form a homologous series with chemical formula H2On in which the members differ by a constant relative molecular mass of 16. The number of oxygen atoms is used to define the size of the hydrogen polyoxide (e.g., hydrogen pentoxide contains a five-oxygen backbone).

The chemical symbol H2O2 for hydrogen peroxide is very similar to water’s H2O. The H2 represents two hydrogen atoms while the O2 represents two oxygen atoms. An oxidanyl group is a functional group or side-chain analog of hydrogen polyoxide that is attached to some structure other than just a hydrogen atom. Examples include the hydroxy (oxidyl) and hydroperoxy (dioxidanyl) groups.