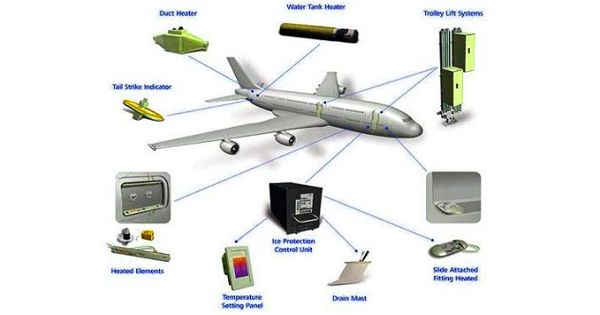 Ice protection systems keep atmospheric moisture from accumulating on aircraft surfaces, such as wings, propellers, rotor blades, engine intakes, and environmental control intakes. Aircraft and engine ice protection systems are generally of two designs: either they remove ice after it has formed, or they prevent it from forming. Ice build-up can change the shape of airfoils and flight control surfaces, degrading control and handling characteristics as well as performance. The former type of system is referred to as a de-icing system and the latter as an anti-icing system. A de-icing, anti-icing, or ice protection system either prevents the formation of ice or enables the aircraft to shed the ice before it becomes dangerous. The electrical system of ice protection is generally used for turbo-propeller engine installations, as this form of protection is necessary for the propellers.

Aircraft icing increases weight and drag, decreases lift and can decrease thrust. A de-icing system has two very attractive attributes. First, it can utilize a variety of means to transfer the energy used to remove the ice. This allows the consideration of mechanical, electrical, and thermal methods. Ice reduces power either by blocking air intakes. When ice builds up by freezing upon impact or freezing as runoff, it changes the aerodynamics of the surface by modifying the shape and the smoothness of the surface which increases drag and decreases lift or thrust. The second attribute is that it is energy efficient, requiring energy only periodically when ice is being removed, with some mechanical designs requiring relatively little energy overall.

All aircraft that operate in weather conditions where ice is likely to form must be provided with ice protection. This increases fuel consumption and further reduces speed, making a stall more likely to occur, causing the aircraft to lose altitude. This protection may be in the form of anti-icing systems or deicing systems. The principal drawback to the de-icing system is that, by default, the aircraft will operate with ice accretions for the majority of the time in icing conditions. Ice accumulates on helicopter rotor blades and aircraft propellers cause weight and aerodynamic imbalances that are amplified due to their rotation.

Anti-ice systems are used around intakes of jet engines or turboprops to prevent airflow problems and avert the risk of serious internal engine damage from ingested ice. Properly used, they prevent the formation of ice continuously, resulting in a clean wing with no aerodynamic penalties. These concerns are most acute with turboprops, which more often have sharp turns in the intake path where ice tends to accumulate. An anti-icing system must have a means of continuously delivering energy or chemical flow to a surface in order to prevent the bonding of ice.