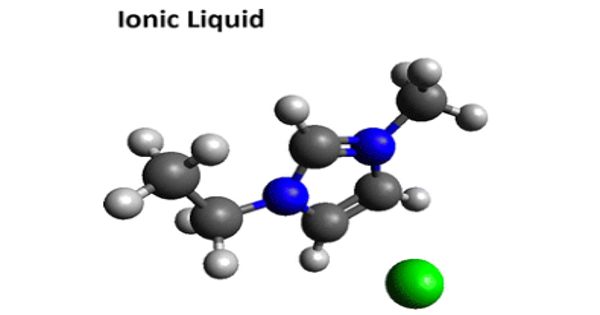 Ionic Liquid – a salt in the liquid state

An ionic liquid (IL) is a salt in the liquid state. Ionic Liquids are a new class of purely ionic, salt-like materials that are liquid at unusually low temperatures. In some contexts, the term has been restricted to salts whose melting point is below some arbitrary temperature, such as 100 °C (212 °F). Currently, it’s “official” definition uses the boiling point of water as a point of reference: “These are ionic compounds which are liquid below 100 °C.”

Ionic liquid is a salt in which the ions are poorly coordinated, which results in these solvents being liquid below 100°C, or even at room temperature. They are powerful solvents and can be used as electrolytes.

Ionic liquids (ILs) are a class of non-molecular compounds that are composed solely of ions. While ordinary liquids such as water and gasoline are predominantly made of electrically neutral molecules, ionic liquids are largely made of ions and short-lived ion pairs. If we compare a typical ionic liquid, e.g., 1-ethyl-3-methylimidazolium ethyl sulfate (m.p. <-20 °C), with a typical inorganic salt, e.g., table salt (NaCl, m.p. 801 °C), it becomes obvious why there is a difference. These substances are variously called liquid electrolytes, ionic melts, ionic fluids, fused salts, liquid salts, or ionic glasses. Properties, such as melting point, viscosity, and solubility of starting materials and other solvents, are determined by the substituents on the organic component and by the counterion. 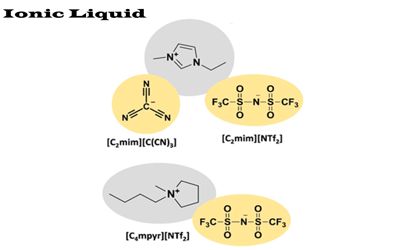 Ionic liquids have many potential applications. It is a salt in which the ions are poorly coordinated, which results in these solvents being liquid below 100°C, or even at room temperature. They are powerful solvents and can be used as electrolytes. At least one ion has a delocalized charge and one component is organic, which prevents the formation of a stable crystal lattice. Salts that are liquid at near-ambient temperature are important for electric battery applications and have been considered as sealants due to their very low vapor pressure. Many ionic liquids have even been developed for specific synthetic problems. For this reason, ionic liquids have been termed “designer solvents”.

Any salt that melts without decomposing or vaporizing usually yields an ionic liquid. The absence of volatility is one of the most important benefits of ionic liquids, offering much lower toxicity as compared to low-boiling-point solvents. Sodium chloride (NaCl), for example, melts at 801 °C (1,474 °F) into a liquid that consists largely of sodium cations (Na+) and chloride anions (Cl−). Ionic liquids can also make for safer microwave synthesis methods because sudden pressure surges are not possible. Conversely, when an ionic liquid is cooled, it often forms an ionic solid—which may be either crystalline or glassy. The physical and chemical properties including thermal stability, viscosity, and solubility in water and other organic solvents can be varied by simply changing the combination of cations and anions