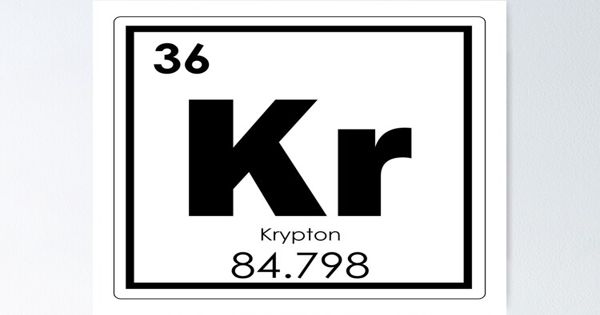 Krypton is a chemical element with the symbol Kr and atomic number 36. It is a rare gas of Group 18 (noble gases) of the periodic table, which forms relatively few chemical compounds. It is a colorless, odorless, tasteless noble gas that occurs in trace amounts in the atmosphere and is often used with other rare gases in fluorescent lamps. With rare exceptions, krypton is chemically inert. As a member of the noble gases on the periodic table, krypton has a full outer electron shell with eight valence electrons. This gas is more plentiful in Earth’s atmosphere as its traces are present in minerals and meteorites.

The element was discovered in 1898 by the British chemists’ Sir William Ramsay and Morris W. Travers in the residue left after a sample of liquid air had boiled almost entirely away. It has a boiling point of -152.9°C (-243.2°F) and a density of 3.64 grams per liter. That makes krypton about 2.8 times as dense as air. Earth’s atmosphere contains 1.14 parts per million of the volume of Krypton. 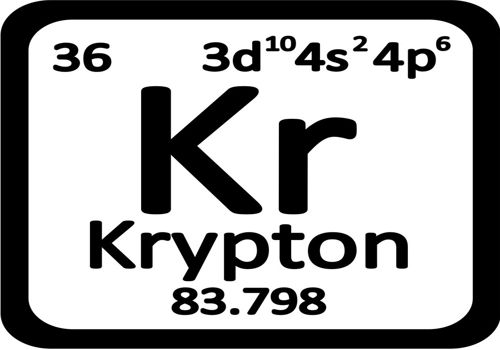 Krypton, like the other noble gases, is used in lighting and photography. It might be one of the rarest gases in the atmosphere, but in total there are more than 15 billion tonnes of this metal circulating in the planet, of which only about 8 tonnes a year are extracted, via liquid air. Its light has many spectral lines, and krypton plasma is useful in bright, high-powered gas lasers, each of which resonates and amplifies a single spectral line.

An important use is in high-powered, flashing airport runway lights. It is used in certain electric and fluorescent lamps and in a flashlamp employed in high-speed photography. Krypton fluoride also makes a useful laser medium. From 1960 to 1983, the official length of a meter was defined by the 606-nanometer wavelength of the orange spectral line of krypton-86, because of the high power and relative ease of operation of krypton discharge tubes. It is used commercially as a filling gas for energy-saving fluorescent lights. It is also used in some flash lamps used for high-speed photography.