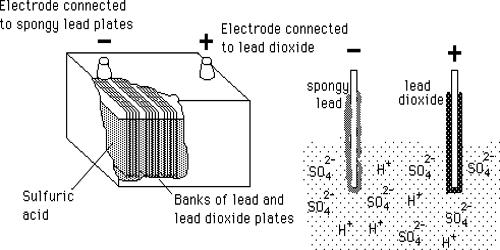 Lead-Acid Battery is most commonly used in power stations and substations because it has higher cell voltage and lower cost. This battery was invented in 1859 by French physicist Gaston Planté and is the earliest type of rechargeable battery. These batteries are commonly found in motor vehicles, battery backup systems, and other electrical applications where a rechargeable battery is required. Despite having a very low energy-to-weight ratio and a low energy-to-volume ratio, its ability to supply high surge currents means that the cells have a relatively large power-to-weight ratio. These features, along with their low cost, make them attractive for use in motor vehicles to provide the high current required by starter motors. These batteries are generally reliable for everyday use; however, these batteries do have their shortcomings.

There are good reasons for its popularity; lead-acid is dependable and inexpensive on a cost-per-watt base. As they are inexpensive compared to newer technologies, lead-acid batteries are widely used even when surge current is not important and other designs could provide higher energy densities. Charging a lead-acid battery is simple, but the correct voltage limits must be observed. The container and the plates are the main part of the lead-acid battery. The container stores chemical energy which is converted into electrical energy with the help of the plates.

In 1999 lead-acid battery sales accounted for 40–45% of the value from batteries sold worldwide (excluding China and Russia), equivalent to a manufacturing market value of about $15 billion. Large-format lead-acid designs are widely used for storage in backup power supplies in cell phone towers, high-availability settings like hospitals, and stand-alone power systems. They have a low cost for their high performance, they are easily recycled, and they are simple to charge.

Lead-acid has a moderate life span, but it is not subject to memory as nickel-based systems are, and the charge retention is best among rechargeable batteries. In the charged state, the chemical energy of the battery is stored in the potential difference between the pure lead at the negative side and the PbO2 on the positive side, plus the aqueous sulphuric acid. Despite having a small energy-to-volume ratio and a very low energy-to-weight ratio, its ability to supply high surge contents reveals that the cells have a relatively large power-to-weight ratio. The electrical energy produced by a discharging lead–acid battery can be attributed to the energy released when the strong chemical bonds of water (H2O) molecules are formed from H+ ions of the acid and O2− ions of PbO2. Conversely, during charging the battery acts as a water-splitting device.