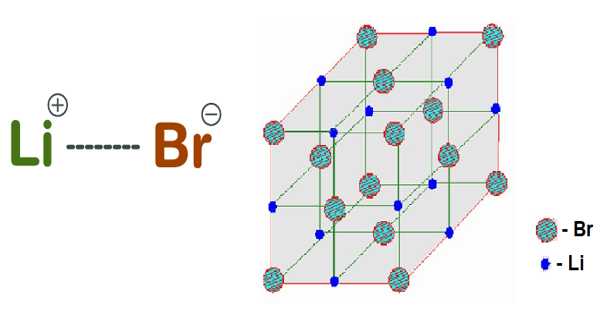 Lithium bromide (LiBr) is a lithium and bromine chemical compound. It is a highly hygroscopic chemical that is commonly used in absorption chillers that use water as the refrigerant. Because of its extreme hygroscopicity, LiBr can be used as a desiccant in certain air conditioning systems. Because of its high affinity for water, LiBr can easily absorb excess vapor, making the system a non-CFC alternative that is also environmentally friendly.

Because it uses water as a refrigerant, the lithium bromide system is the most common. However, it can only be used to cool water above the freezing point. The primary use of lithium bromide units is to provide chilled water for space and process cooling.

Lithium bromide is a lithium salt in which the counterion is bromide. The anhydrous salt forms cubic crystals that are similar to common salt. It is a bromide salt and a lithium salt.

LiBr is made by reacting lithium hydroxide with bromine or treating an aqueous suspension of lithium carbonate with hydrobromic acid. Unlike the other alkali metal bromides, the salt forms a number of crystalline hydrates. The anhydrous salt, like common salt, forms cubic crystals (sodium chloride).

In the presence of water, lithium hydroxide and hydrobromic acid (aqueous solution of hydrogen bromide) will precipitate lithium bromide.

The desiccant in air-conditioning systems is a 50–60% aqueous solution of lithium bromide. Along with water, it is also used as a salt in absorption chilling (see absorption refrigerator). Solid LiBr is a useful organic synthesis reagent. It is used in oxidation and hydroformylation catalysts, as well as the deprotonation and dehydration of organic compounds containing acidic protons, as well as the purification of steroids and prostaglandins.

Beginning in the early 1900s, lithium bromide was used as a sedative, but it fell out of favor in the 1940s as newer sedatives became available, and after some heart patients died after using the salt substitute lithium chloride. It was used to treat bipolar disorder, just like lithium carbonate and lithium chloride.

Lithium salts are both psychoactive and corrosive. Because lithium bromide has a negative enthalpy of solution, it generates heat quickly when dissolved in water.