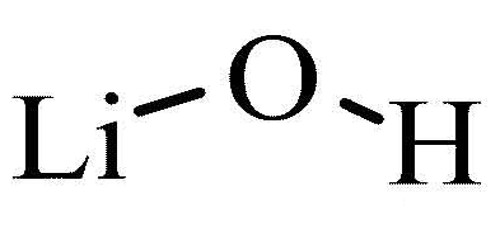 Lithium Hydroxide is a chemical compound. Its chemical formula is LiOH.  It is a white hygroscopic crystalline material. It contains lithium and hydroxide ions. It used in gas-purification systems in spacecraft, submarines, etc, and in the preparation of lithium soap.  It is the weakest base among the alkali metal hydroxides.

Lithium hydroxide is a white solid. It is totally white in color. While lithium hydroxide is a strong base, it is the weakest known alkali metal hydroxide. It can be anhydrous (without extra water molecules attached) or hydrated (water added to it). It dissolves in water to make a basic solution. It reacts with acids to make lithium salts.

It is used in spaceships to absorb carbon dioxide. It reacts with carbon dioxide to make lithium carbonate. This prevents people from suffocating in a spaceship. It is used as a heat transfer medium and as a storage-battery electrolyte. It is also used in ceramics and some Portland cement formulations.

Lithium hydroxide is used to make lithium greases. They are resistant to water and can be used in high or low temperatures. It is used to transfer heat. It can be used in electrolytes. It is also used to prevent corrosion in some nuclear reactors.

Lithium hydroxide is corrosive, like the other alkali metal hydroxides. It is also a little toxic because it has lithium in it. It may be toxic by ingestion, inhalation and skin absorption. It can burn skin.