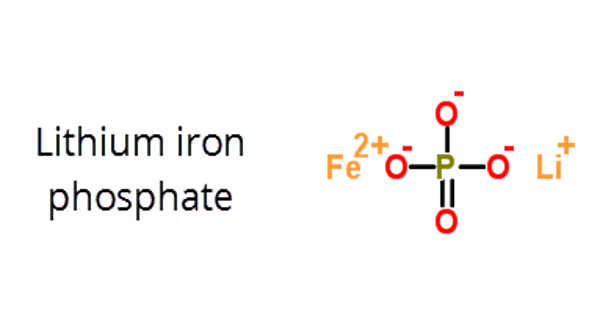 The inorganic compound lithium iron phosphate (LFP) has the formula LiFePO4. It is a solid that is gray, red-grey, brown, or black and is insoluble in water. The material has piqued the interest of researchers as a component of lithium iron phosphate batteries, a type of Li-ion battery. This battery chemistry is aimed at applications such as power tools, electric vehicles, solar energy installations, and, more recently, large grid-scale energy storage. It’s also found in the OLPC XO education laptops.

The majority of lithium batteries (Li-ion) used in 3C (computer, communication, and consumer electronics) products have cathodes made of other lithium compounds, such as lithium cobalt oxide (LiCoO2), lithium manganese oxide (LiMn2O4), and lithium nickel oxide (LiNiO2). Graphite is commonly used for anodes.

Although lithium iron phosphate exists naturally in the form of the mineral triphylite, its purity is insufficient for use in batteries. It is desired for any electronics or machines that require safety and longevity but do not require an extremely high energy density. Electric motors for vehicles, medical devices, and military applications in which the technology will be exposed to higher temperatures. Because the battery is slightly heavier and bulkier than lithium-ion, lithium iron phosphate is best suited for stationary applications, though it can be used in some portable technologies.

In LiFePO4, lithium has a +1 charge, iron has a +2 charge, and phosphate has a -3 charge. When the Li is removed, the material converts to the ferric form FePO4.

The iron atom and six oxygen atoms combine to form an octahedral coordination sphere known as FeO6, with the Fe ion at its center. PO4 phosphate groups are tetrahedral. The FeO6 octahedra with O corners form the three-dimensional framework. Lithium ions move in a zigzag pattern through the octahedral channels. This structure is thought to belong to the orthorhombic crystal system’s Pmnb space group in crystallography.