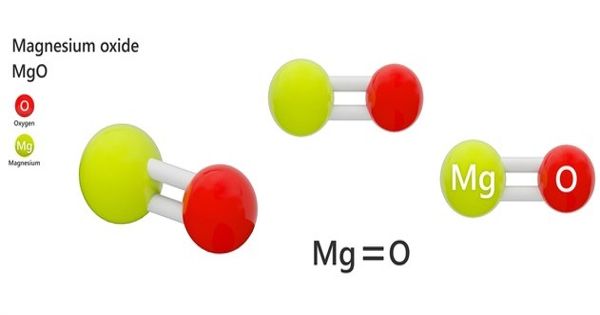 Magnesium hydroxide forms in the presence of water [MgO + H2O → Mg(OH)2], but it can be reversed by heating it to remove moisture. Even though it contains high amounts of magnesium, it has low absorbability in the body.

Magnesium oxide is an inorganic compound that occurs in nature as the mineral periclase. It was historically known as magnesia alba (literally, the white mineral from Magnesia – other sources give magnesia alba as MgCO3), to differentiate it from magnesia Negra, a black mineral containing what is now known as manganese.

Other important sources of magnesium oxide are seawater, underground deposits of brine, and deep salt beds where magnesium hydroxide [Mg(OH)2] is processed.