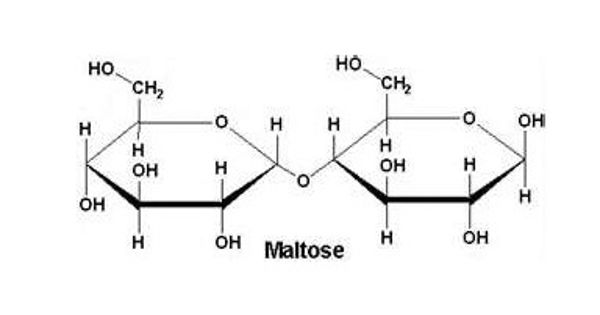 Maltose – a type of carbohydrate

Maltose is a type of carbohydrate. It is also known as malt sugar, is a disaccharide (sometimes called di-glucose). Carbohydrates are one of the nutrients necessary for our body to properly function and are one of the main sources of energy for the body. It is a sugar made out of two glucose molecules bound together. It is produced also in the process of germination, thus fresh seedlings contain lots of this sugar. The production of maltose from germinating cereals, such as barley, is an important part of the brewing process.

Maltose is created by the breakdown of starch. This happens in your gut after you eat starch and also in seeds and other plants as they begin to sprout.

It is formed from two glucose molecules joined together at carbons 1 and 4. It’s created in seeds and other parts of plants as they break down their stored energy in order to sprout. It is found in germinating seeds such as barley as they break down their starch stores to use for food. Thus, foods like cereals, certain fruits and sweet potatoes contain naturally high amounts of this sugar. It can be made by the breakdown of starch, a long chain of many glucose units.

For example, in the process of malting, grains are sprouted in water then dried. This activates the enzymes in the grains to release maltose and other sugars and proteins. It is the basic molecule of starch. In foods, it plays only a minor role. The sugars and proteins in malt are very nourishing for yeast, so malt has become important in brewing beer, whisky and malt vinegar. However, it accumulates in large amounts in the body during digestion of starch. Various maltose-containing syrups are used in the brewing, baking, soft drink, canning, confectionery, and other food industries.