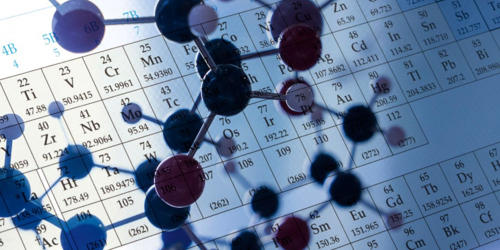 Chemistry of one-carbon-atom molecules is an important area of research for the organometallic chemist. Metal carbon dioxide complexes are coordination complexes that contain carbon dioxide ligands. Aside from the fundamental interest in the coordination chemistry of simple molecules, studies in this field are motivated by the possibility that transition metals might catalyze useful transformations of CO2. This research is relevant both to organic synthesis and to the production of “solar fuels” that would avoid the use of petroleum-based fuels. Syntheses, studies of bonding and structures of carbon dioxide complexes have been well- developed in recent years as has the synthesis and characterization of metal formate complexes because of their perceived relationships to intermediates in the catalytic activation of carbon dioxide. In nature, CO2 is selectively transformed under mild conditions employing highly organized enzymatic systems in which metal centers are instrumental.

The motivation of CO2 chemistry, inspired by nature is not only to understand the fundamental processes of nature and to mimic them in artificial systems but also to look for key steps useful in chemical synthesis. Surface scientists studying the reactions of CO2 and its reduction by hydrogen are now able to use powerful techniques for acquiring vibrational data in the infrared region which helps to identify surface-bound species. The ability to bind CO2 through the formation of low-energy, easily-broken, bonds could prove invaluable in a variety of chemical contexts. For example, weak bonds to CO2 would greatly decrease the cost of the energy-intensive sorbent-regeneration step common to most carbon capture technologies. As more results emerge from these groups, it is apparent that there are many similarities in the spectral properties and reactions of the coordination compounds of CO2 and their surface-bound analogs.

The chemistry of carbon dioxide at metal centers, i.e. the coordination of CO2, its activation, and conversion into organic compounds, is a rapidly increasing domain of coordination chemistry, organometallic chemistry, and catalysis. The reduction of complex carbon dioxide might generate chemical feedstocks for the preparation of value-added products, particularly transportation fuels or fuel precursors. Implementation on a large scale could help to drastically reduce CO2 concentrations in the atmosphere. Metal catalyzed reactions with CO2 either as a reaction medium or both as solvent and reagent. The use of carbon dioxide as an industrial source of chemical carbon has been limited mainly to the production of organic carbonates, carboxylic acids, and ureas.