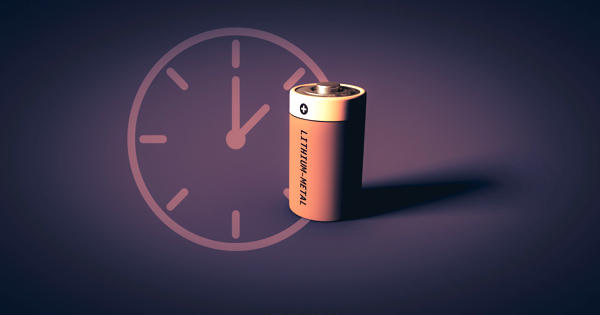 Batteries are ubiquitous in modern life, powering everything from laptop computers, phones, and robotic vacuum cleaners to hearing aids, pacemakers, and even electric cars. However, these batteries may pose safety and environmental risks.

Researchers at Texas A&M University investigated the components of a different type of battery—a metal-free, water-based battery—that would reduce the flammability of standard batteries and the number of metal elements used in their production in a study recently published in Cell Reports Physical Science.

Most batteries are Li-ion and contain lithium and cobalt, which are globally strategic elements, meaning they are only found in a few countries but are critical to the global economy and battery manufacturing in the United States.

Researchers investigated the components of a different kind of battery—a metal-free, water-based battery—which would reduce the flammable nature of standard batteries and decrease the number of metal elements used in their production.

“This work enables the future design of metal-free aqueous batteries,” said Dr. Jodie Lutkenhaus of Texas A&M’s Artie McFerrin Department of Chemical Engineering and Axalta Coating Systems Chair. “We can address the pressing global demand for strategic metals used in batteries by going metal-free, and by going aqueous, we replace the flammable volatile electrolyte with water.”

Researchers were able to determine how electrons, ions, and water transfer in the electrode as it was charged and discharged using a very sensitive measurement technique called electrochemical quartz crystal microbalance with dissipation monitoring.

“With this information, we showed that enhanced electrode-water interactions lead to improved energy storage performance,” she said.

Although the energy storage capacity was less than that of traditional Li-ion batteries, it paves the way for a more sustainable and less volatile battery in the future. The research is in its early stages, but there is potential for a variety of real-world applications. Implantable batteries for medical devices are one such possibility.

Lutkenhaus became interested when she learned about the increased demand for strategic elements such as lithium and cobalt as a result of increased battery manufacturing. “By using completely different materials, such as polymers here, we completely remove metals from the picture,” she explained. “My favorite aspect of this work is our ability to characterize the molecular transport processes associated with this redox polymer in great detail. We have only recently been able to resolve such effects on this time and mass scale.”

Lutkenhaus stated that in the future, they will need to identify more polymers that are compatible with the design. “Once we have that, we will be able to produce a high-performance, full-cell for practical use,” she explained.

The rechargeable Zn–air battery (ZAB) has received a lot of attention as one of the most promising alternatives for future energy systems due to its extremely high theoretical specific energy density. However, a number of impediments prevent it from being used in practice. The slow kinetics of the oxygen-reduction reaction (ORR) and oxygen-evolution reaction (OER) in the discharging and charging processes of ZABs pose one challenge.