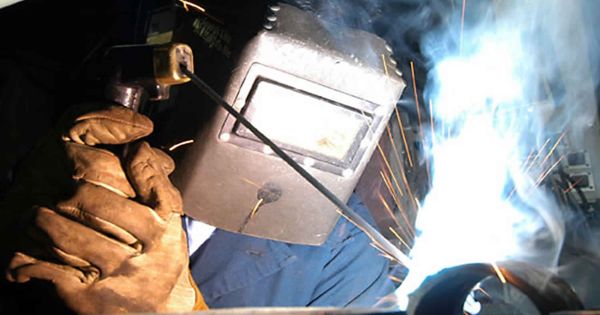 Inhalational exposure to metal-containing fumes generated by welding and related processes may result in the development of the clinical syndrome known as “metal fume fever.” It is an acutely noxious inhalation syndrome secondary to metal oxide fumes. It is also known as brass founders’ ague, brass shakes, zinc shakes, galvie flu, metal dust fever, Welding Shivers, or Monday morning fever, is an illness primarily caused by exposure to chemicals such as zinc oxide (ZnO), aluminum oxide (Al2O3), or magnesium oxide (MgO) which are produced as byproducts in the fumes that result when certain metals are heated. It occurs most commonly as an occupational disease in individuals who perform welding and other metal-joining activities for a living. Other common sources are fuming silver, gold, platinum, chromium (from stainless steel), nickel, arsenic, manganese, beryllium, cadmium, cobalt, lead, selenium, and zinc.

Metal fume fever is a condition in which the sufferer has influenza type symptoms – a raised temperature, chills, aches and pains, nausea and dizziness. It is a well-documented acute disease induced by intense inhalation of metal oxides.

Welders are commonly exposed to the substances that cause metal fume fever from the base metal, plating, or filler. Metal fume fever typically presents with generally non-specific complaints including influenza-like symptoms, fever, shaking chills, arthralgias, myalgias, headache, and malaise. Brazing and soldering can also cause metal poisoning due to exposure to lead, zinc, copper, or cadmium.

Metal fume fever is caused by exposure to the fume of certain metals – commonly zinc. It is due to the inhalation of certain metals, either as fine dust or most commonly as fumes. Simple metal compounds such as oxides are equally capable of causing it. Other metals that have been reported to bring on the symptoms of metal fume fever include copper and cadmium. Metal and polymer fume fevers generally follow a benign course with spontaneous resolution of symptoms, though both have the potential to be serious, especially in those with significant preexisting cardiorespiratory disease. However exposure to some metal fume, such as cadmium, can cause more serious illness, or even death.

Exposure usually arises through hot metalworking processes, such as smelting and casting of zinc alloys, welding of galvanized metals, brazing, or soldering. This arising from exposure to zinc fume is transient, and recovery is usually complete within a few days. If the metal concerned is particularly high-risk, the residue from cold sanding processes may also cause fume fever, even if the dose is lower. Exposure to cadmium fumes can occur during welding repairs/maintenance or oxy-gas cutting arising from decommissioning operations. It may also be caused by electroplated surfaces or metal-rich anti-corrosion paint, such as cadmium passivated steel or zinc chromate primer on aluminium aircraft parts. It is desirable to prevent exposure to such fume altogether by the use of efficient fume extraction. Any surface coatings on steel must be identified before welding or cutting.