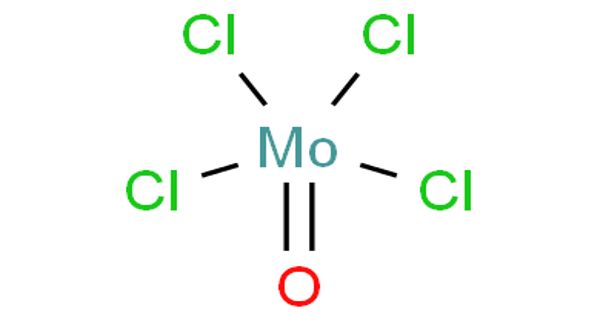 Molybdenum oxytetrachloride is the inorganic compound with the formula MoOCl4. It is used as a basis for a novel, binary catalyst for the living polymerization of substituted acetylenes. Although molybdenum oxide tetrachloride was first reported more than a century ago the compound has been satisfactorily characterized only recently. A gas-phase electron diffraction study is available but the structure in the solid has not previously been described. However, it has been suggested that the solid-state structure “is similar to that of WOCI4 on the basis of physical properties, X-ray powder, and infrared data” 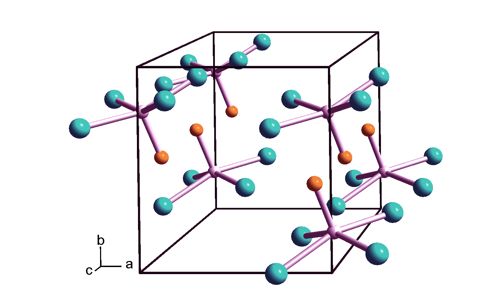 MoCl4O is administered at room temperature during deposition, making it readily available for use. This thermally unstable, dark green solid is used to prepare other complexes of molybdenum. When reacted with a combination of water and ozone, it leads to an AS-ALD process for deposition of MoOx—the first reported. It adopts a square pyramidal structure of C4v symmetry. The process is perfectly selective for growth on the glass as compared to Si(100) substrates for deposition temperatures between 200 and 300 °C, with a growth rate of 0.72 Å/cycle at 300°C. As for other Mo(VI) compounds, it is diamagnetic. It decomposes thermally to MoOCl3.

It is prepared by treating molybdenum pentachloride with oxygen. It also arises by chlorination of molybdenum trioxide: