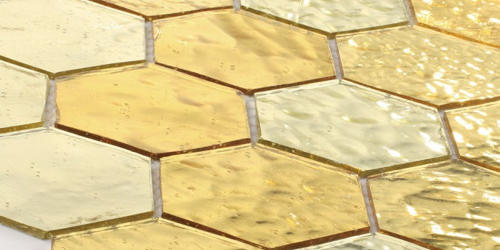 The term mosaic gold has also been used to refer to ormolu and to cut shapes of gold leaf, some darkened for contrast, arranged as a mosaic. Mosaic gold can be prepared from gold, from silver coated with gold, or from an alloy of copper with zinc and other metals. The term bronze powder may also refer to powdered bronze alloy. The sheets can also be prepared from a combination of silver and aluminum, in which case the sheet is applied to the article to be decorated and then covered with a transparent yellow lacquer. 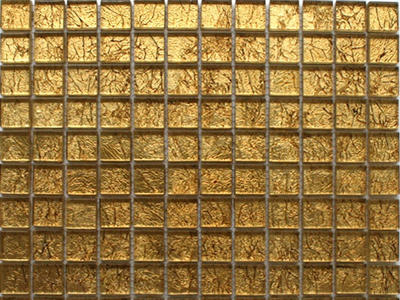 Alchemists prepared this by combining mercury, tin, sal ammoniac, and sublimated sulfur (fleur de soufre), grinding, mixing, then setting them for three hours in a sand heat. The dirty sublimate being taken off, aurum mosaicum was found at the bottom of the mattress. It was recommended in most chronic and nervous cases, and particularly convulsions of children; however, it is no longer recommended for any medical uses.

Mosaic Gold is used in Indian Ayurvedic medicine under the Sanskrit/Indian name Suvarnavanga. It is used in complaints of the reproductive organs. It is indicated as a rejuvenator and a tonic of high potency which induces health, vigor, improves appetite, increases memory, generates semen of high quality, cures gonorrhea, spermatorrhea, and leukorrhea.