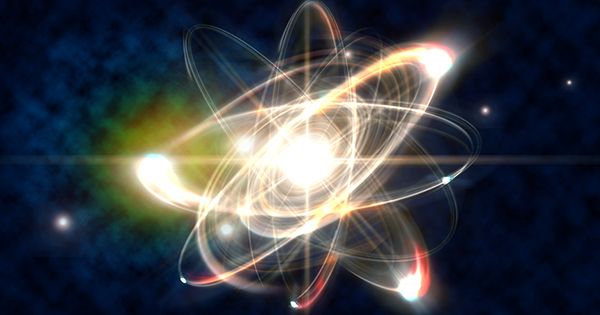 New Isotope of Uranium, the Lightest yet, has been created

Researchers at the Chinese Academy of Sciences said in a physical review letter that the lightest isotope of uranium ever produced. Uranium-214 made by bombarding the tungsten atom with argon and calcium beams.

The new version of the material has a half-life of only 0.52 milliseconds – enough for scientists to do some cool science with it. Chemical elements made up of protons and neutrons in a nucleus, surrounded by a cloud of electrons. We separate each element by the number of protons in it. There is hydrogen, contains helium two, and more. However, each element may have a different neutron, which does not change the chemical properties of the element, but may make it heavier or lighter. These versions called isotopes.

Each element has an isotope – some are stable and some are not, in which case the element decays radioactively and becomes a different isotope or a different element. Some isotopes occur naturally and others can only create in the lab. The most common version of uranium is uranium-238, for example used in nuclear power plants. It occurs naturally and makes up 99.3 percent of all uranium. It made up of 92 protons (like all uranium atoms) and a large 146 neutrons. Instead, the new version of uranium has only 122 neutrons. This, plus 92 makes the protons 214 – hence the name uranium-214.

The importance of this atom comes from the way it decays. You may be familiar with the term gamma radiation but there is also alpha radiation and beta radiation. Alpha radiation is the simultaneous release of two protons and two neutrons from the nucleus of an atom, and researchers are not sure how this actually happens. These alpha particles erode uranium-214 and so do uranium-216 and uranium-218. The reason behind this is that 126 neutrons are one of the so-called magic numbers in nuclear physics. Isotopes with that configuration decay by emitting alpha radiation.

Lead author Zhang Zhiyuan from the Institute of Modern Physics at the Chinese Academy of Sciences said in a statement, “The nucleus near the magic neutron number n = 126 provides an ideal place to investigate how the atomic structure affects the decayed properties.” The team discovered that these uranium atoms are relatively special compared to the number of neutrons in isotopes of other elements.

The properties associated with alpha particle formation are twice that of uranium isotopes compared to other elements. Studies suggest that this increase may be stronger for a higher number of protons elements, such as plutonium.