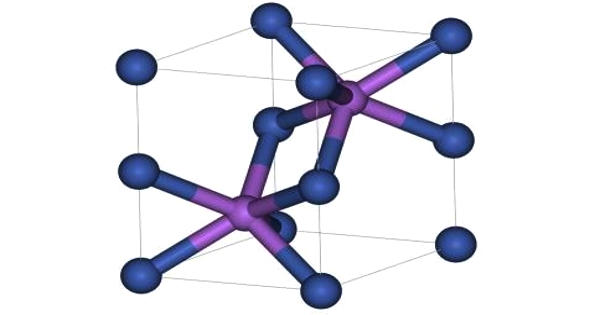 Nickel selenide is the inorganic compound with the formula NiSe. As for many metal chalcogenides, the phase diagram for nickel(II) selenide is complicated. Two other selenides of nickel are known, NiSe2 with a pyrite structure, and Ni2Se3. Nickel selenide nanoparticles of different sizes and shapes were synthesized using a modified solvothermal method.

Additionally, NiSe is usually nonstoichiometric and is often described with the formula Ni1−xSe, with 0 < x <0.15. A one-step oleylamine-mediated solvothermal method was reported for the synthesis of nickel selenide series within a short reaction time. This material is a semi-conducting solid and can be obtained in the form of a black fine powder, or silver if obtained in the form of larger crystals. The method provided a suitable nucleation and growth environment in a uniform and transparent solution reaction system. Nickel(II) selenide is insoluble in all solvents but can be degraded by strongly oxidizing acids.

Like many related materials, nickel(II) selenide adopts the nickel arsenide motif. In this structure, nickel is octahedral and the selenides are in trigonal prismatic sites.