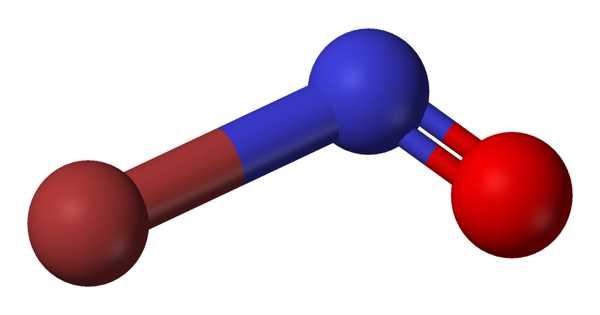 The chemical compound with the formula NOBr is nitrosyl bromide. It is a red gas with a condensing point that is slightly below room temperature. The formation of nitrosyl bromide from nitric oxide and bromine is of particular interest because it is one of only a few third-order homogeneous gas reactions. Because the reaction is easily and measurably reversible, the rate of decomposition of nitrosyl bromide could be predicted if the standard free energy change as a function of temperature was accurately known.

The reversible reaction of nitric oxide with bromine can result in the formation of nitrosyl bromide. This reaction is noteworthy because it is one of only a few third-order homogeneous gas reactions. At standard pressure and temperature, NOBr is susceptible to photodissociation.

The reaction rapidly establishes equilibrium when the reactants are mixed.

At this temperature, the rate constant for the reverse reaction is 340. M-2s-1. What is kf for the reaction?

Express your answer to three significant figures and include the appropriate units. Include an asterisk to indicate multiplication in compound units, for example, to write the units for a second-order rate constant type M-1*s-1.