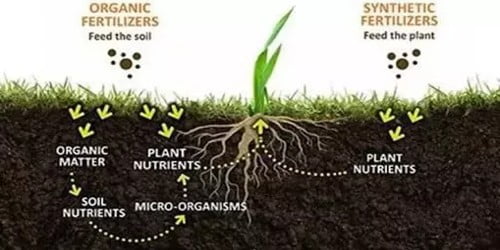 Organic matter is a matter that has come from a recently living organism. Organic materials are composed solely of organic compounds. They are any type of materials that are found in nature or are made out of items that are found in nature. It is capable of decay, or is the product of decay, or is composed of organic compounds. To be formed in nature, organic materials are built up over time by nutrient cycles. There is no one definition of organic matter only. It varies upon the context, the subject it is being used for. After it has formed it can be a great nutrient source for other living organisms. They serve as a reservoir of nutrients and water in the soil, aids in reducing compaction and surface crusting, and increases water infiltration into the soil. 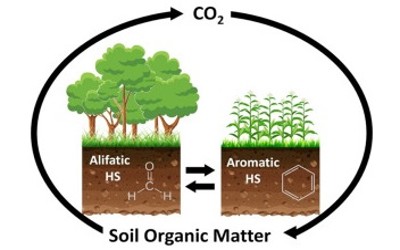 Soil is composed of minerals and organic matter, as well as living organisms. It is stable in the soil. Soil organic matter content is a function of organic matter inputs (residues and roots) and litter decomposition. It has been decomposed until it is resistant to further decomposition. The organic matter in soil comes from plants and animals. It is a reservoir of nutrients that can be released to the soil. The living part of soil organic matter includes a wide variety of microorganisms, such as bacteria, viruses, fungi, protozoa, and algae. It is related to moisture, temperature, and aeration, physical and chemical properties of the soils as well as bioturbation, leaching by water and humus stabilization. In a forest, for example, leaf litter and woody material fall to the forest floor. This is one kind of organic material. When it decays to the point it is no longer recognizable it is called soil organic matter. Farmers can take many actions to maintain, improve and rebuild their soils, especially soils that have been under cultivation for a long time. When the organic matter has broken down into stable humic substances that resist further decomposition it is called humus. Organic matter in freshwaters exists as dissolved molecules, colloids, and particles.