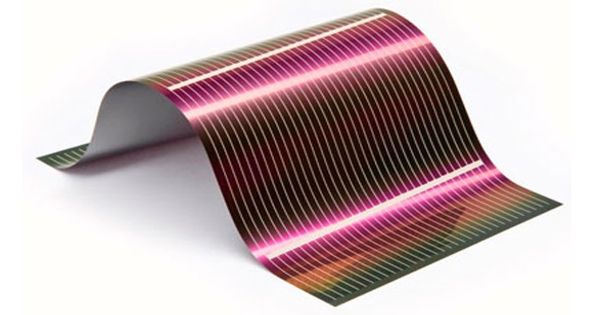 Organic cells are very strong absorbents of light, being able to harness larger amounts of sunlight than other solar cells. An organic solar cell (OSC) or plastic solar cell is a type of photovoltaic that uses organic electronics, a branch of electronics that deals with conductive organic polymers or small organic molecules, for light absorption and charge transport to produce electricity from sunlight by the photovoltaic effect. A typical organic solar cell consists of two semiconducting layers made of plastic polymers and other flexible materials. The cell generates electricity by absorbing particles of light, or photons. Most organic photovoltaic cells are polymer solar cells.

An organic solar cell uses carbon-based materials and organic electronics instead of silicon as a semiconductor to produce electricity from the sun. These are also sometimes referred to as “plastic solar cells” or “polymer solar cells”.

An organic solar cell is a type of polymer solar cell that uses organic electronics, a branch of electronics that deals with conductive organic polymers or small organic molecules, for light absorption and charge transport to produce electricity from sunlight by the photovoltaic effect. The molecules used in organic solar cells are solution-processable at high throughput and are cheap, resulting in low production costs to fabricate a large volume. Containing flexible solar modules, organic cells can be fabricated using roll-to-roll production, a process that is less costly than the conventional manufacturing way. Combined with the flexibility of organic molecules, organic solar cells are potentially cost-effective for photovoltaic applications.

Overall, organic cells are structured very similarly to crystalline silicon solar cells. Molecular engineering (e.g. changing the length and functional group of polymers) can change the bandgap, allowing for electronic tunability. They are one of the emerging photovoltaic (PV) technologies and are classified as third-generation solar cells with organic polymer material as the light-absorbing layer. The optical absorption coefficient of organic molecules is high, so a large amount of light can be absorbed with a small number of materials, usually on the order of hundreds of nanometers. Organic solar cells have moved from low-efficiency laboratory-scale devices to the first commercial products in less than a decade.

The future of solar technology is organic power. Even when traditional solar technologies meet their match, organic power continues to offer nearly limitless possibilities thanks to its extraordinary properties. The main disadvantages associated with organic photovoltaic cells are low efficiency, low stability, and low strength compared to inorganic photovoltaic cells such as silicon solar cells.