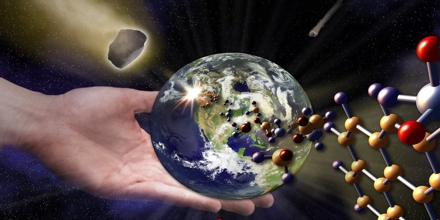 The sentence “Origin of Life” was fist explain by Stanley Miller (1950) in his book names “Early Earth”. This lecture briefly describe on formation of Simple Amino Acids. Amino Acids is the major elements of life. A number of the compounds discovered in the discharge fractions are precursors to life. Years later a meteor struck at Murchison (Victoria) was also analyzed and its contents found to be similar to those of the discharge experiment of Stanley Miller.