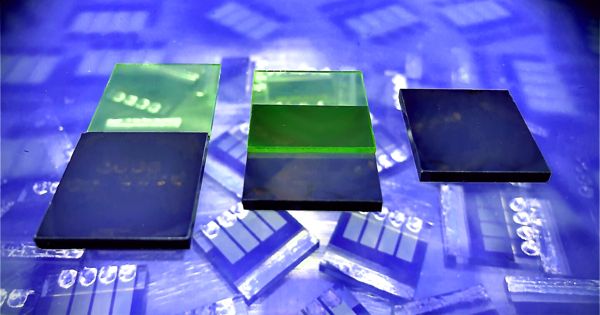 Perovskite is a material with the same crystal structure as the mineral calcium titanium oxide, which was the first perovskite crystal discovered. A perovskite solar cell (PSC) is a type of solar cell in which the light-harvesting active layer is a perovskite-structured compound, most commonly a hybrid organic-inorganic lead or tin halide-based material. Perovskite materials, such as methylammonium lead halides and all-inorganic cesium lead halides, are inexpensive and easy to produce.

Perovskites are a class of materials with a similar structure that exhibit a variety of exciting properties such as superconductivity, magnetoresistance, and others. These easily synthesized materials are regarded as the future of solar cells due to their unique structure, which makes them ideal for enabling low-cost, efficient photovoltaics. They are also expected to play a role in next-generation electric vehicle batteries, sensors, lasers, and other applications.

A perovskite solar cell is a type of solar cell that includes a perovskite structured compound, most commonly a hybrid organic-inorganic lead or tin halide-based material, as the light-harvesting active layer.

A solar cell is a device that directly converts light energy into electrical energy through photovoltaic or photochemical reactions. Solar cell efficiencies in these materials have increased from 3.8 percent in 2009 to 25.5 percent in 2020 in single-junction architectures, and to 29.15 percent in silicon-based tandem cells, exceeding the maximum efficiency achieved in single-junction silicon solar cells. As of 2016, perovskite solar cells were the most advanced solar technology. Perovskite solar cells have become commercially appealing due to the potential for even higher efficiencies and very low production costs.

Metal halide perovskites have distinct properties that make them suitable for solar cell applications. Because of the advantages of its high extinction coefficient, high charge mobility, long carrier lifetime, and long carrier diffusion distance, perovskite materials can be used not only as a light-absorbing layer but also as an electron/hole transport layer.

Both the raw materials used and the fabrication methods available (such as various printing techniques) are inexpensive. Because of their high absorption coefficient, ultrathin films as thin as 500 nm can absorb the entire visible solar spectrum.

Scientists can design perovskite crystals with a wide range of physical, optical, and electrical properties using this compositional flexibility. Perovskite crystals can now be found in ultrasound machines, memory chips, and, most recently, solar cells.

When these characteristics are combined, it is possible to create low-cost, high-efficiency, thin, lightweight, and flexible solar modules. Perovskite solar cells are now being used to power low-power wireless electronics for ambient powered internet of things applications. While perovskite solar cells have become highly efficient in a relatively short period of time, they still face a number of challenges before becoming a competitive commercial technology.