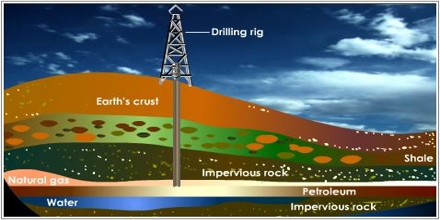 Petroleum is a mixture of alkanes, cycloalkanes, and aromatic hydrocarbons. Major objective of this lecture is to present on Petroleum. Petroleum is formed from the slow decomposition of buried marine life, primarily plankton and algae. As petroleum is formed it is forced through porous rock until it reaches an impervious layer of rock. Here briefly focus on how it forms an accumulation of petroleum and saturated the porous rock creating an oil field.