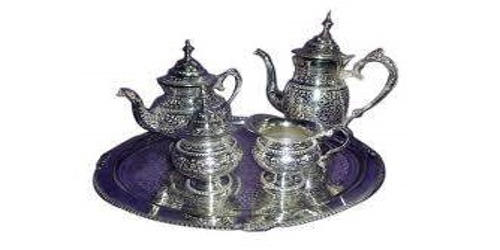 Plated means coated with a thin film of gold, silver, etc., as for ornamental purposes. Plated ware refers to articles chiefly intended for tableware consisting of base metal or alloy covered by one of the precious metals, with the object of giving them the appearance of gold or silver. Generally Plated Ware are household dishes, especially ones made of or plated with gold or silver. The plating process is a manufacturing process in which a thin layer of metal coats a substrate. Metal plating provides many benefits to products made from metal and other materials.

Historically, the standard amount of precious metal used was an ounce of silver per square foot of surface area (2.8cL per 930 cm²). Although items hand-plated with metal leaf date back to ancient times, large scale production dates to 1742 when Thomas Boulsover, of Sheffield, England developed a process by which silver plates were fused to base metal (generally copper) ingots by heating them in a furnace with borax. The ingots were then rolled down to a sheet, and from these sheets, silver-plated articles were made. This is mostly achieved through electroplating, which requires an electric current, or through electroless plating, which is in the autocatalytic chemical process. In general, silver serves as a more cost-effective plating solution because it is cheaper than gold and plates copper well. 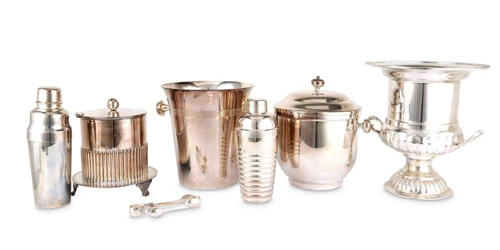 Fig: Plated Ware – alloy covered by one of the precious metals

Large articles such as dish covers were originally only silver-plated on one side, and after being worked into shape were tinned inside. The process varied regionally; in the West Midlands, bar-copper was the base metal used, which when bare of silver appeared dark red, whilst in Sheffield copper mixed with brass, an alloy of copper and zinc was used. Zinc is an inexpensive material that is used to provide a galvanized coating on many metal substrates. Chromium plating often serves a merely decorative purpose but it also fosters heightened corrosion resistance and hardness, making it useful for industrial applications where wear is a concern. Nickel is a popular plating metal, especially because it is useful in electroless plating. Copper is another popular plating metal for applications that require high conductivity and cost-efficiency.

The Sheffield process resulted in a harder and stronger end product and was consequently more popular, and Sheffield became the world’s leading producer of metal tableware and cutlery. Following John Wright and George Elkington’s development of commercial electroplating in 1840 the traditional method of production fell into rapid decline, although it continues to be used for some items subject to very heavy wear (notably buttons).