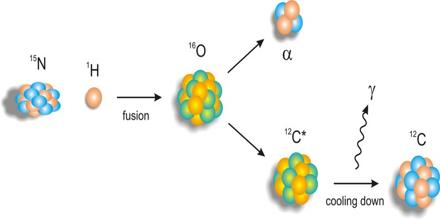 Nuclear chemistry is the study of changes in an atoms nucleus. Reactions that involve a change in the nucleus of an atom are called nuclear reactions. This lecture briefly describe on characteristics of Nuclear Reactions. Nuclear Reactions occur when nuclei emit particles and/or rays. Atoms are often converted into atoms of another element. It may involve protons, neutrons, and electrons and associated with large energy changes.