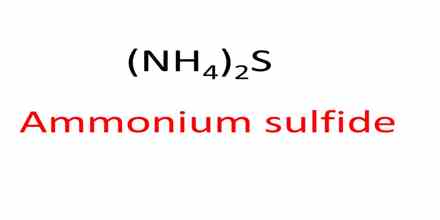 Reaction of Benzaldehyde with 2 Propanol in Presence of Ammonium Sulfide

Reaction of Benzaldehyde With 2 Propanol in Presence of Ammonium Sulfide

Ammonium sulfide is used in photographic developing, to apply patina to bronze, and in textile manufacturing. It is the active ingredient in a variety of foul pranks including the common stink bomb.

The synthesis of organic compound is traditionally an important part of the training of the organic chemists. Until about 1850 it was believed that organic compounds must have their origin in living organisms, and consequently could never be synthesised from inorganic materials. Today, although many compounds of carbon are still most conveniently isolated from plant and animal sources, most of them are synthesised.

By undertaking the preparation of a varied range of compounds, and using a representative selection of reaction processes and practical techniques, the prospective organic chemist become familiar with the chemical and physical properties of organic substances and begins to understand more clearly the factors which governs their reactivity. The synthesis of quite simple compounds is of considerable educational value particularly if the reactions involved are of a general nature, which may be applied, with suitable modifications if necessary, to more complex systems.

The catalogues of most supplies of organic chemicals are today very extensive and comprehensive, and it is not usually economic to synthesis in the laboratory compounds, which are commercially available at a reasonable cost, and which may be needed as starting materials for more elaborate synthetic projects. Their preparation however often provides much of intrinsic interest and value.

A heterocyclic compound (Greek; heteros means other) is one that contains a ring made up of more than one kind of atom.

In many of the cyclic compounds the rings are made up only of carbon atoms and such compounds are called homocyclic or alicyclic compounds. But there are also rings containing, in addition to carbon, other kinds of atoms. The non-carbon atoms in such rings are referred to as “hetero-atoms”. The most common hetero atoms are nitrogen, oxygen, and sulphur; but other atoms such as boron, phosphorus or silicon can also be the members of heterocyclic rings.

A number of substances which are heterocyclic compounds according to the above definition such as ethylene oxide, succinic anhydride, lactones, cyclic carbohydrates, etc are readily formed from open-chain substances and are easily converted into open-chain derivatives, due to the relative instability of their ring systems and lack of aromatic character, cannot be treatedas heterocyclic compounds. Therefore, the heterocyclic compounds which are to be considered here, are much more stable and most of them possess aromatic properties with some exceptions (for example, tetrahydrothiopyrans, tetrahydropyrans, piperidines, pyrrolidine compounds, etc).

A number of vitamins (pyrodoxin or vitamin B6, nicotinic acid or niacin) are heterocyclic compounds; without these compounds, many important metabolic processes could not take place. For example, importance of the pyrydinium group in the vitamin NAD+ and pyridoxal phosphate.  The nucleic acids which carry and transmit genetic information in the cell contain purine and pyrimidine rings in combined form. Heterocyclic compounds are involved in some of the colors of nature that have intrigued humankind from the earliest times. The color of blood is due to an iron complex of “heme”, a heterocycle composed of pyrrole units. This type of heterocycle is called a “porphyrin” ring. The green color of plants is caused by chlorophyll, a class of compounds closely related to the porphyrins.

Nitrogen heterocycles occur widely in nature (e.g. alkaloids such as quinine from hemlock, nicotine from tobacco, piperine from black pepper); many of which contain heterocyclic ring systems. The naturally occurring amino acids, proline, histidine and tryptophan, which contain a pyrrolidine, imidazole and indole ring respectively.

Oxygen heterocycles also occur in nature to some extent in combination or alone, e.g., glucose, fructose, sucrose, lactose etc. But sulphur heterocycles particularly thiopyran compounds are not found in nature generally and most of them are mainly of synthetic origin.

HETEROCYCLIC COMPOUNDS HAVING ONE OR MORE HETERO ATOMS    IN ONE RING

Heterocyclics with three atoms in the ring are more reactive because of ring strain. Those containing one heteroatom are generally stable. Those with two heteroatoms are more likely to occur as reactive intermediates. Some of the common 3-membered heterocycles are, Heterocyclic compounds are generally known by their common or trivial names. The structure and names of some of the heterocyclics have been discussed under classification. Even the IUPAC system has accepted most of these trivial names as much. However, the systematic IUPAC name of heterocyclic is obtained by combining the following prefixes and suffixes along with di- , tri- , etc as desired.

The terminal “a” of the prefixes is usually dropped when combining prefixes and suffixes.

In the case of same heteroatoms, the priority is given to the atom with greater saturation (i.e., >N—H  >  =N—) and the numbering proceeds round the ring in order of precedence in the IUPAC system.

The state of hydrogenation is indicated by the symbol H preceded by a number showing the position of saturation4.  For example,

When heterocyclic ring is present, this is chosen as the parent compound. If more than one heterocyclic ring is present, the order of preference is given to the nitrogen-containing ring. For a compound containing a heteroatom other than nitrogen, the order of preference is that mentioned earlier  (i.e. O before S etc). When the parent compound has been chosen, its name is prefixed by the name of the fused ring attached, e.g., benz(o), naphth(o). Also, the parent compound chosen is the component containing the largest number of rings and has a simple name. For the purpose of numbering, the structure is written with the greatest number of rings in a horizontal position and a maximum number of rings above and to the right of the horizontal row. Numbering is then carried (usually) out in a clockwise direction starting with the uppermost ring farthest to right and omitting atoms at ring junctions. To distinguish isomers, the peripheral sides of the parent compound are lettered a, b, c, etc, beginning with ‘a’ for the side 1, 2, b for 2, 3, etc. To the letter as early in the alphabet as possible, denoting the side where fusion occurs, are prefixed, if necessary, the numbers indicating the positions of fusion of the other component; their order conforms to the direction of lettering of the base component. If should be noted that these numbers apply to the prefixed component (as a separate entity) and not to the combined system (which is numbered according to the usual rules). Cycloadditions form a very extensive and rapidly expending area of chemistry, the synthetic potential and theoretical significance of which have only fairly recently been fully recognised. In 1928 two German chemists, Otto Diels and Kurt Alder, developed a 1,4-cycloaddition reaction of dienes that has since come to bear their names. The reaction proved to be one of such great versatility and synthetic utility that Diels and Alder were awarded the Nobel Prize for Chemistry in 1950.

A cycloaddition is a process in which two or more reactants combine to form a stable cyclic molecule during which no small fragments are eliminated and σ bonds are formed but not broken. An example of the Diels-Alder reaction is the reaction that takes place when 1,3-butadiene and maleic anhydride are heated together at 1000 C. The product is obtained in quantitative yield. The sequence that follows illustrates how a conjugate aldol addition (Michael addition) followed by a simple aldol condensation may be used to build one ring onto another. This procedure is known as the Robinson annulation (ring forming) reaction (after the English chemist, Sir Robert Robinson, who won the Nobel prize in chemistry in 1947 for his research on naturally occurring compounds).