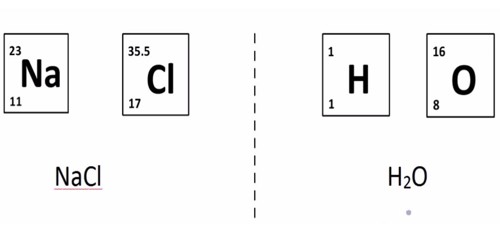 The number of protons an atom has determines what element it is. However, most elements in nature consist of atoms with different numbers of neutrons. An atom of an element with a certain number of neutrons is called an isotope. For example, the element thallium has two common isotopes: thallium-203 and thallium-205. Both isotopes of thallium have 81 protons, but thallium-205 has 124 neutrons, 2 more than thallium-203, which has 122. Each isotope has its own mass, called its isotopic mass.

Relative atomic mass is not the same as: