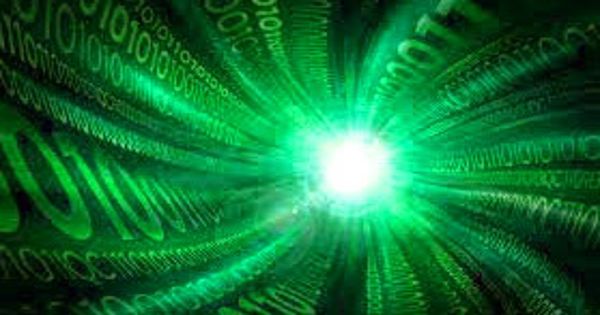 The Institute for Quantum Computing (IQC) at the University of Waterloo has developed an algorithm that controls trapped ions for scalable quantum control. This will aid in the development of quantum industry-specific hardware for quantum simulation experiments, as well as the potential for furthering quantum error correction processes for trapped ion qubits.

“Our algorithm calculates the hologram’s profile and removes any aberrations from the light, which lets us develop a highly precise technique for programming ions,” says lead author Chung-You Shih, a PhD student at the University of Waterloo’s Institute for Quantum Computing (IQC).

Kazi Rajibul Islam, an IQC faculty member who also teaches physics and astronomy at Waterloo, is the project’s lead investigator. Since 2019, his team has been trapping ions for quantum simulation in the Laboratory for Quantum Information, but they needed a precise way to control them.

Since 2019, the IQC team has been trapping ions used in quantum simulation in the Laboratory for Quantum Information, but they needed a more precise way to control them. When a laser is directed at an ion, it can communicate with it and change its quantum state, laying the groundwork for quantum information processing. Laser beams, on the other hand, have irregularities and distortions that can result in a complicated, wide focus spot. This is complicated by the fact that the distance between trapped ions is only a few micrometers.

A laser aimed at an ion can “talk” to it and change its quantum state, laying the groundwork for quantum information processing. However, laser beams have aberrations and distortions that can cause a messy, wide focus spot, which is a problem because the distance between trapped ions is a few micrometers — much narrower than the width of a human hair.

Ion trap, also known as an ion trap, its technical principle is to use the interaction force between electric charge and electromagnetic field to restrain the movement of charged particles and to use the two energy levels of confined ions as qubits, which are composed of the ground state and excited state. An electromagnetic field is used to confine ions in a small space.

The laser beam profiles that the team intended to use to stimulate the ions would have to be precisely engineered. To accomplish this, they took a laser and blew its light up to 1cm wide before passing it through a digital micromirror device (DMD), which is programmable and functions as a movie projector. On the DMD chip, there are two million micron-scale mirrors that are individually controlled by electric voltage. The DMD chip is programmed to display a hologram pattern using an algorithm developed by Shih. The intensity and phase of the light produced by the DMD hologram can be precisely controlled.

During testing, the team was able to manipulate each ion using holographic light. Previous research has struggled with cross talk, which means that when a laser is focused on one ion, light leaks onto the surrounding ions. Using an ion as a sensor, the team successfully characterizes the aberrations with this device. They can then cancel the aberrations by adjusting the hologram, resulting in the world’s lowest cross talk.

“Using commercially available DMD technology presents a challenge,” Shih says. “Its controller was designed for projectors and UV lithography rather than quantum experiments. Our next step will be to create our own quantum computation hardware.”

The Transformative Quantum Technologies project was funded in part by the Canada First Research Excellence Fund.

In recent years, a growing number of companies, including Honeywell and IonQ in the United States, Qike Quantum in China, UQ (Universal Quantum) in the United Kingdom, and AQT (Alpine Quantum Technologies) in Austria, have begun research and development of ion trap quantum computers. It, like Germany’s eleQtron, has repeatedly set new highs in indicators like the number of physical bits and quantum volume, promoting the development of global quantum computing.