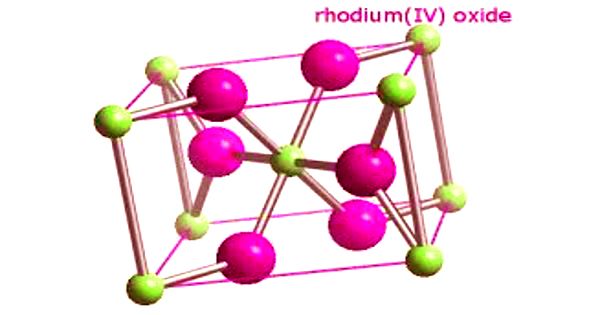 Rhodium (IV) oxide (or rhodium dioxide) is the chemical compound with the formula RhO2. Rhodium, together with platinum, palladium, iridium, ruthenium, and osmium, is one of the platinum- group metals in Group VIII of the Periodic Table. Rhodium metal is a white, hard, ductile, malleable solid with a bluish-gray luster. 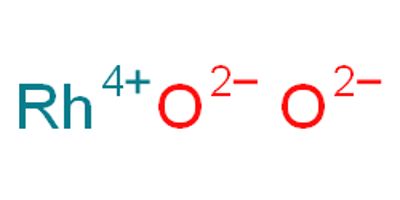 Structure – RhO2 has a tetragonal rutile structure. It is generally immediately available in most volumes.

Applications: Rhodium(IV) oxide has metal anode applications. It has applications for the prediction of drug transport properties. Rhodium has few applications by itself, as in rhodium plating of white gold jewelry or plating of electrical parts, such as commutator slip rings, but, mainly, rhodium is used as a component of platinum alloys. Rhodium-containing catalysts have been proposed for use in automotive catalytic converters for exhaust gas cleanup.