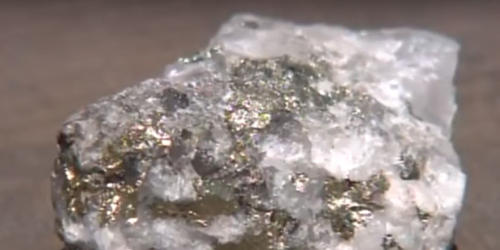 Silver mining is the resource extraction of silver by mining. It is a mine where silver ore is dug. Most of the world’s silver production in 2015 came as a byproduct of lead-zinc, copper, and gold mines. Silver ore is mined through both open-pit and underground methods. The open-pit method involves using heavy machinery to mine deposits relatively near the earth’s surface. Today’s silver comes from three primary sources: silver mining; silver produced as a by-product of mining for other metals; and silver recycled from used materials, including old jewelry and photographic films and chemicals.

Silver was first mined around 3,000 BCE in Anatolia, now located in modern-day Turkey. It is found in a native form very rarely as nuggets, but more usually combined with sulfur, arsenic, antimony, or chlorine and in various ores such as argentite (Ag2S), chlorargyrite (“horn silver,” AgCl), and galena (a lead ore often containing significant amounts of silver). The precious metal helped early civilizations in the Near East, Ancient Greece to flourish. As silver is often found in conjunction with these or alloyed with other metals such as gold, it usually must be further extracted through amalgamation or electrolysis. It is a precious metal, is an element commonly used in jewelry, coins, electronics, and photography. While silver is often considered “second” to gold, silver has unique properties that make it attractive as both a precious and industrial metal. The metal is used extensively in a variety of faster-growing electronics segments such as solar panels, LED lighting, flexible displays, touch screens, RFID tags, cellular technology, and water purification.

Silver mining has been undertaken since early times. As silver is a precious metal often used for coins, its mining has historically often been lucrative. As with other precious metals such as gold or platinum, newly discovered deposits of silver ore have sparked silver rushes of miners seeking their fortunes. It has the highest electrical conductivity of any metal and is, therefore, a highly valuable substance. In many global cultures and religions, silver is used in traditional ceremonies and worn as jewelry during important occasions. Common commodities markets for precious metals exist in Japan, London, mainland Europe, and the United States. In recent centuries, large deposits were discovered and mined in the Americas, influencing the growth and development of Mexico, Andean countries such as Bolivia, Chile, and Peru, as well as Canada and the United States. The largest consumer of silver in India. The country has consumed 12 percent of all silver ever produced.