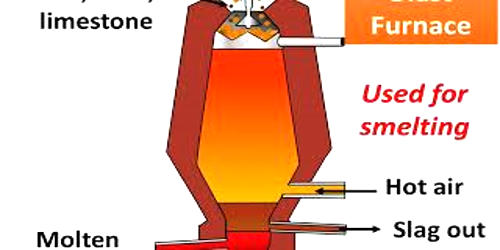 Smelting is the process by which a metal is obtained at temperatures beyond the melting point from its ore. It is a process of applying heat to ore in order to extract a base metal. It is a form of extractive metallurgy. An ore is a naturally occurring solid material from which a metal or valuable mineral can be extracted profitably. It is a process by which a metal is obtained, either as the element or as a simple compound, from its ore by heating beyond the melting point, ordinarily in the presence of oxidizing agents, such as air, or reducing agents, such as coke. From smelting, ore can be converted into its purest form. We can obtain a pure element or a smaller compound from ore via the smelting process.

It is used to extract many metals from their ores, including silver, iron, copper, and other base metals. The most common applications of smelting include the production of silver, iron, copper, and other metals from their ores. Smelting uses heat and a chemical reducing agent to decompose the ore, driving off other elements as gases or slag and leaving the metal base behind. The reducing agent is commonly a source of carbon, such as coke—or, in earlier times, charcoal.

The smelting process has two main steps as follows: 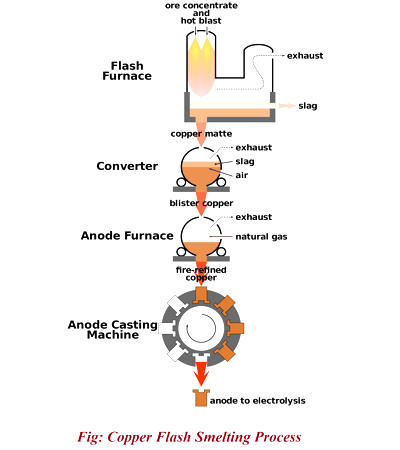 The carbon (or carbon monoxide derived from it) removes oxygen from the ore, leaving the elemental metal. Coke (carbon) is often used as a reducing agent. Carbon can remove oxygen from the ore by forming carbon monoxide and carbon dioxide. The carbon is thus oxidized in two stages, producing first carbon monoxide and then carbon dioxide. As most ores are impure, it is often necessary to use flux, such as limestone, to remove the accompanying rock gangue as slag. In modern copper smelting, a reverberatory furnace is used. Concentrated ore and flux, commonly limestone, are charged into the top, and molten matte—a compound of copper, iron, and sulfur—and slag are drawn out at the bottom. A second heat treatment, in another (converter) furnace, is necessary to remove the iron from the matte.

Plants for the electrolytic reduction of aluminum are also generally referred to as aluminum smelters.