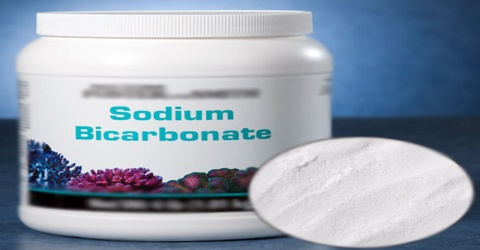 Sodium bicarbonate is a white crystalline compound used in beverages and as a leavening agent to make baked goods. In medicine, sodium bicarbonate is used as an antacid and cleanser and to replenish electrolytes. It is also called baking soda, bicarbonate of soda. Its chemical formula is NaHCO3. It is a component of the mineral natron and is found dissolved in many mineral springs. It is among the food additives encoded by the European Union, identified as E 500. It is used to relieve heartburn, sour stomach, or acid indigestion by neutralizing excess stomach acid. When used for this purpose, it is said to belong to the group of medicines called antacids. It may be used to treat the symptoms of stomach or duodenal ulcers. Sodium bicarbonate is also used to make the blood and urine more alkaline in certain conditions. Production and Properties of Sodium bicarbonate

Sodium bicarbonate is known as a natural ingredient in hot springs and is a safe substance. As environmental impact becomes a more immediate problem, its gentle effects and natural qualities have been reassessed and it has come to be used in a variety of fields. Production of sodium bicarbonate from natural soda deposits that may occur as natural brines or solid soda salts is disclosed. The alkalinity in these natural soda deposits consists of carbonates and bicarbonates. The carbonates are converted to bicarbonates by reacting sodium carbonate with ammonium bicarbonate which acts as a carbon dioxide carrier until all the sodium carbonate is exhausted. It is produced on the scale of about 100,000 tonnes/year (as of 2001). NaHCO3 may be obtained by the reaction of carbon dioxide with an aqueous solution of sodium hydroxide. The initial reaction produces sodium carbonate:

Sodium Bicarbonate plays an important role in the products of many diverse industries with functions of releasing CO2 when heated above about 50 C or when reacted with a weak acid makes sodium bicarbonate a key ingredient in food leavening as well as in the manufacture of effervescent salts and beverages. It is a stable chemical as long as it is stored properly. When combined with certain acids, such as monoammonium phosphate or a sodium-potassium alloy, a dangerous amount of carbon dioxide is created. It is recommended to avoid moisture and heat when storing.

Sodium bicarbonate has a multitude of uses from everyday goods to pharmaceuticals and beyond. It referred to as baking soda, is primarily used in baking as a leavening agent. To meet the ever-increasing needs and expanding applications, AGC, the largest manufacturer of sodium bicarbonate in Japan, offers a selection of grades and is putting efforts into the development of new products. It can react as an acid or a base in water treatment. In health and beauty applications, mild abrasivity and ability to reduce odors chemically by neutralizing the acid by-products of bacteria are utilized. It is also used in treating wool and silk, fire extinguishers, pharmacy, leather, oredressing, metallurgy, in cleaning preparations and industrial & chemical processe.

Sodium bicarbonate for oral use is available without a prescription.This product is available in the following dosage forms:

Sodium bicarbonate was sometimes used in cooking green vegetables, as it gives them a bright green colour, which has been described as artificial-looking due to its reacting with chlorophyll to produce chlorophyllin. It can be used to kill cockroaches. Once consumed, it causes internal organs of cockroaches to burst due to gas collection.