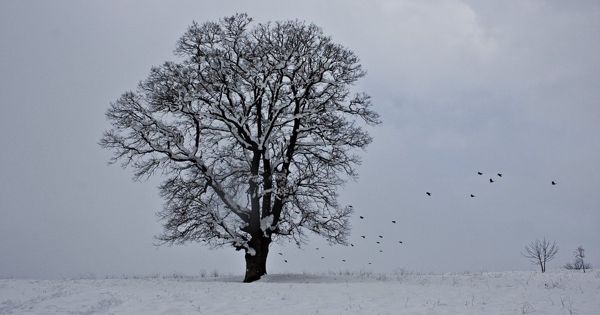 Soft rime is a type of ice that forms when water droplets from fog freeze to the outer surfaces of objects. Rime can produce shapes like needles or scales. It is a white ice deposition that forms when the water droplets in light freezing fog or mist freeze to the outer surfaces of objects, with calm or light wind. This formation usually occurs with light winds and cold conditions. It mainly forms with ambient air temperatures lower than –8 °C.

Soft rime is a white ice deposition that forms when the water droplets in light freezing fog or mist freeze to the outer surfaces of objects, with calm or light wind.

Soft rime easily drops if an object is shaken. The fog freezes usually to the windward side of tree branches, wires, or any other solid objects. It is a milky white color and can be easily shaken off branches or other objects with ease. It is a white, opaque coating of fine rime deposited chiefly on vertical surfaces, especially on points and edges of objects, generally in supercooled fog.

The rime forms to the windward (facing the wind) side of solid objects. Soft rime is similar in appearance to hoar frost; but whereas rime is formed by vapor first condensing to liquid droplets (of fog, mist, or cloud) and then attaching to a surface, hoar frost is formed by direct deposition from water vapor to solid ice. It is very similar in appearance to hoarfrost but is formed differently. A heavy coating of hoar frost, called white frost, is very similar in appearance to soft rime, but the formation process is different: it happens when there is no fog, but very high levels of air relative humidity (above 90%) and temperatures below −8 °C (17.6 °F). At temperatures well below –8 °C, the formation of soft rime does not necessarily require the presence of fog.

Soft rime formations have the appearance of white ice needles and scales; they are fragile and can be easily shaken off objects. Conditions for the formation of rime include small water droplet size, slow accumulation of water particles, high rate of super-cooling, or rapid heat loss. Factors that favor soft rime are small drop size, the slow accretion of liquid water, high degree of supercooling, and fast dissipation of latent heat of fusion. On the windward side, soft rime may grow to very thick layers, long feathery cones, or needles pointing into the wind and having a structure similar to that of frost. The opposite conditions favor ice with higher densities, such as hard rime or clear ice. The fog freezes usually to the windward side of tree branches, wires, or any other solid objects.