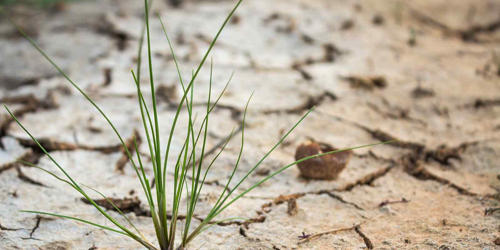 Soil salinity is the salt content in the soil; the process of increasing the salt content is known as salinization. It is a measure of the minerals and salts that can be dissolved in water.  Salts occur naturally within soils and water. Salination can be caused by natural processes such as mineral weathering or by the gradual withdrawal of an ocean. It can also come about through artificial processes such as irrigation and road salt. Soil salinity changes the fertile land to unproductive land, which ultimately results in economical loss. While salinity can improve soil structure, it can also negatively affect plant growth and crop yields.

he salinity of soil refers to the number of salts in the soil and it can be estimated by measuring the electrical conductivity (EC) of an extracted soil solution. Salts are a natural component in soils and water. The ions responsible for salination are – Na+, K+, Ca2+, Mg2+, and Cl−. As the Na+ (sodium) predominates, soils can become sodic. Increased soil salinity has progressive and often profound effects on the structure, water movement, and microbial and plant diversity of soils. Sodic soils present particular challenges because they tend to have a very poor structure that limits or prevents water infiltration and drainage. An excessive concentration of Na ions in soils produces an imbalance in the ratio of monovalent cations to divalent cations. This is measured by exchangeable sodium percent (ESP).  It is the factors that produce measurement errors are temperature, moisture, and texture of the soil.

Soil salinity is the most severe factor that affects the growth of plants. If your soil has a high salinity content, the plants growing there will not be as vigorous as they would be in normal soils. Soil salinity, when combined with boron toxicity, is found to be most vigorous in actions against the growth of plants. Proper irrigation management can prevent salt accumulation by providing adequate drainage water to leach added salts from the soil. It is an important indicator in arid regions especially, where the salinity of the soil may increase significantly and pose a danger to plants.  Disrupting drainage patterns that provide leaching can also result in salt accumulations. An example of this occurred in Egypt in 1970 when the Aswan High Dam was built.