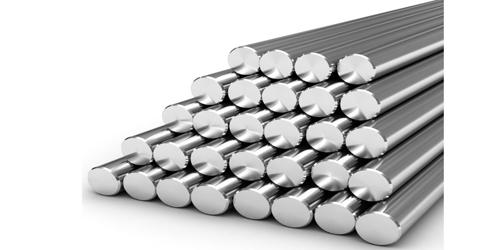 Steel – an Alloy of Iron

Steel is one of the most widely used metals in the modern world. It’s cheap, strong, and incredibly versatile. It is an alloy of iron with typically a few percent of carbon to improve its strength and fracture resistance compared to iron. These are alloys of iron that contain specific amounts of carbon (a non-metal) and certain metal elements. Many other additional elements may be present or added. Different steels have different properties, depending on their composition. For example – Stainless steels that are corrosion and oxidation resistant need typically an additional 11% chromium. High carbon steels are used for construction because of their strength. Low carbon steels are used for making car body panels because they are malleable. Because of its high tensile strength and low cost, steel is best used in buildings, infrastructure, tools, ships, trains, cars, machines, electrical appliances, and weapons.

The major component of steel is iron, a metal that in its pure state is not much harder than copper. Iron is the base metal of steel and it can take on two crystalline forms (allotropic forms): body-centered cubic and face-centered cubic. These forms depend on temperature. In the body-centered cubic arrangement, there is an iron atom in the center and eight atoms at the vertices of each cubic unit cell; in the face-centered cubic, there is one atom at the center of each of the six faces of the cubic unit cell and eight atoms at its vertices. It is the interaction of the allotropes of iron with the alloying elements, primarily carbon, that gives steel and cast iron their range of unique properties.

In pure iron, the crystal structure has relatively little resistance to the iron atoms slipping past one another, and so pure iron is quite ductile, or soft and easily formed. The main reasons for the popularity of steel are the relatively low cost of making, forming, and processing it, the abundance of its two raw materials, and its unparalleled range of mechanical properties. In steel, small amounts of carbon, other elements, and inclusions within the iron act as hardening agents that prevent the movement of dislocations. It is completely recyclable and requires relatively little energy to produce.