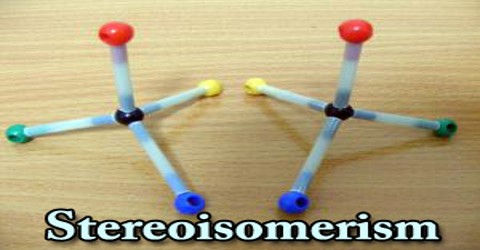 Geometric isomerism which basically a form of stereoisomerism is also called cis-trans isomerism are observed from a restricted rotation about a double bond comprising a pi (p) and sigma (s) bond or may be just around a single bond of a cyclic form. In alkene the geometric isomerism gives an insight how it works in and around the double bond.

The carbon atoms of the carbon-carbon double bond are hybridised in sp2sp2 form. The double bond between the carbon-carbon comprises a pi (p) and sigma (s) bond. The sigma (s) is formed by the sp2sp2 hybrid orbitals overlapping, while the pi (p) bonds are formed by the p orbitals overlapping. The presence of the pi (p) bond restricts the molecule in one position and so C=C bond along with four other atoms which are attached to these carbon atoms remain in one plane and their position gets fixed in the space.

The rotation around the C=C bond is not achievable as this might lead to the breaking of sidewise pi (p) bond. The restricted rotation about the C=C double bonds is the main cause of the geometric isomerism in alkenes. Stereoisomerism in which the atoms are connected in same order but are different in spatial arrangement is of two types. Diastereomers and enantiomers are considered from image and mirror image point of view. Enantiomers are form of stereo isomeric forms where the images and mirror images are not super imposing.

Diastereomers are basically any stereoisomers that are not enantiomers. These are not related to any image or mirror image stereoisomers. For any molecule which has different orientation can result in quite different properties of molecules. Diastereomers seldom have the same physical properties.

Enantiomers, also known as optical isomers, are two stereoisomers that are related to each other by a reflection. They are mirror images of each other that are non-superimposable. Human hands are a macroscopic analog of stereoisomerism. Every stereogenic center in one has the opposite configuration in the other. Two compounds that are enantiomers of each other have the same physical properties, except for the direction in which they rotate polarized light and how they interact with different optical isomers of other compounds. As a result, different enantiomers of a compound may have substantially different biological effects. Pure enantiomers also exhibit the phenomenon of optical activity and can be separated only with the use of a chiral agent. In nature, only one enantiomer of most chiral biological compounds, such as amino acids, is present.