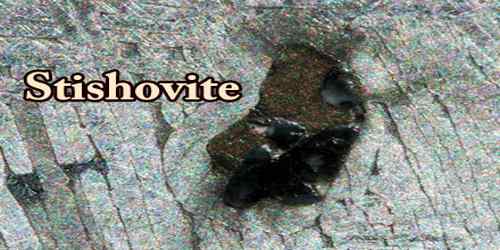 Stishovite was named after Sergey M. Stishov, a Russian high-pressure physicist who first synthesized the mineral in 1961. it had been discovered in Meteor Crater in 1962 by Edward C. T. Chao. It is important to note that Stishovite, while polymorphous with Quartz, is scientifically known as an oxide and not as a silicate. This is because it has a similar crystal structure to some of the oxide minerals, such as Rutile. 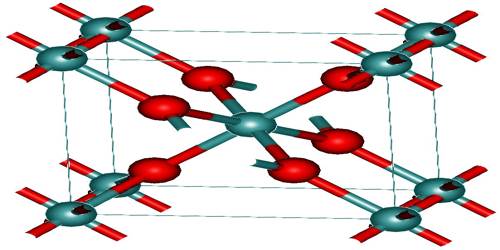 Stishovite, a high-pressure, metastable polymorph of silica (SiO2), having a rutile-type tetragonal structure; silicon is in six-fold coordination with oxygen while each oxygen atom is shared with three silicon atoms. The crystal structure of stishovite resembles that of rutile (TiO2) as compared to other silica polymorphs. The stishovite silicon adopts the geometry of octahedral coordination, being bound to six oxides. Stishovite is in fact isomorphic with Rutile. Silicon is tetrahedral in most silicates and is bound to four oxides.

Stishovite can be isolated from quartz by adding hydrogen fluoride (HF); stishovite will not react in comparison to quartz. The presence of coesite in several other craters is evidence that it was produced by kinetic energy imparted to the surrounding rock by large-scale impacts. It has a glassy luster, is transparent (or translucent), and incredibly difficult. Stishovite usually sits as small rounded gravels in a matrix of other minerals.

A few meteor impact areas, such as the Barringer Crater (also known as the Meteor Crater) in Coconino Co., Arizona are the only localities. Stishovite can also be synthesized by duplicating these conditions, either isostatically or by shock, in the laboratory. At 4.287 g/cm3 it is the second densest polymorph of silica, after seifertite. It has tetragonal crystal symmetry, P42/mnm, No. 136, Pearson symbol tP6.