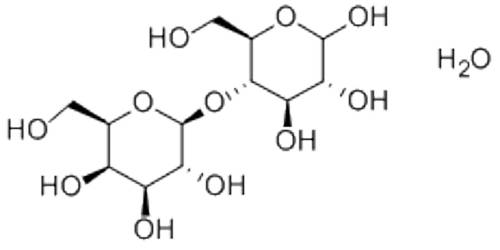 Sugar alcohol is derived from sugar is an organic compound that comprehends a class of polyols. Sugar alcohols are organic compounds, typically derived from sugars, containing one hydroxyl group (–OH) attached to each carbon atom. They are defined as the sum of saccharide derivative in which a hydroxyl group replaces a ketone or aldehyde group. They are white, water-soluble solids that can occur naturally or be produced industrially by hydrogenation of sugars. Since they contain multiple –OH groups, they are classified as polyols. They include erythritol, lactitol, maltitol, mannitol, sorbitol, and xylitol—identified by their “ol” suffix.

Sugar alcohols are used widely in the food industry as thickeners and sweeteners. They are used as a substitute for sugar in certain foods, particularly those that are labeled “sugar-free” or “no added sugar.” In commercial foodstuffs, sugar alcohols are commonly used in place of table sugar (sucrose), often in combination with high-intensity artificial sweeteners, in order to offset their low sweetness. They also provide fewer calories than sugar, so they may be beneficial for people trying to lose weight by reducing their calorie intake

Sugar alcohols have the general formula HOCH2(CHOH)nCH2OH. In contrast, sugars have two fewer hydrogen atoms, for example, HOCH2(CHOH)nCHO or HOCH2(CHOH)n−1C(O)CH2OH. The sugar alcohols differ in the chain length. Most have five- or six-carbon chains because they are derived from pentoses (five-carbon sugars) and hexoses (six-carbon sugars), respectively. They have one –OH group attached to each carbon. They are further differentiated by the relative orientation (stereochemistry) of these –OH groups.

Sugar alcohols lower the number of calories present in the food products. They are absorbed in 50% of the rate of sugars, resulting in less of an effect on blood sugar levels as measured by comparing their effect to sucrose using the glycemic index. For people with irritable bowel syndrome (IBS), sugar alcohols are one type of short-chain carbohydrate that may provoke symptoms. The unabsorbed sugar alcohols may cause bloating and diarrhea due to their osmotic effect, if consumed in sufficient amounts. It also helps in reducing weight.