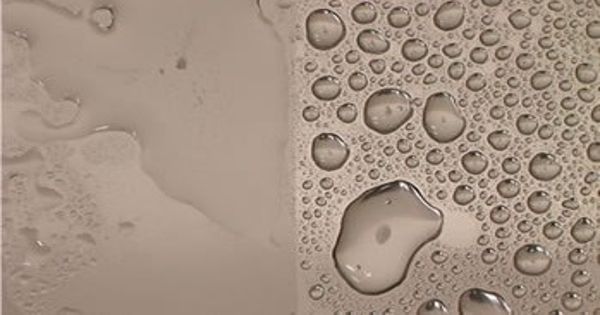 Superhydrophilicity – the Phenomenon of Excess Attraction to Water

The phenomenon of excess hydrophilicity, or attraction to water, is referred to as super hydrophilicity; in superhydrophilic materials, the contact angle of water is equal to zero degrees. The Research Institute of Toto Ltd. discovered this effect for titanium dioxide irradiated by sunlight in 1995. Water dropped onto titanium dioxide forms no contact angle when subjected to light irradiation (almost 0 degrees).

Superhydrophilic materials have a number of advantages. One of the critical surface properties that play an important role in many practical applications, including the oil in water separation, water treatment, pervaporation, and biomedical, is the ability of water to lie on a surface as a flat film rather than in the form of droplets. It can, for example, defog glass and allow oil spots to be easily swept away with water. Such materials are already commercialized as car door mirrors, building coatings, self-cleaning glass, and so on.

In 1996, the term “superhydrophobicity” was coined to describe water-repellent fractal surfaces made of a hydrophobic material, on which water drops remain as nearly perfect spheres and roll off leaving no residue. Superhydrophobic surfaces are now defined as textured materials (and coatings) on (nonsmooth) surfaces where water forms contact angles of 150° or greater with only a few degrees of contact angle hysteresis (or sliding angle). To describe the complete spreading of water or liquid on substrates, the terms super hydrophilicity and super wetting were introduced a few years after the term superhydrophobicity. The super hydrophilic surface manifests ultrafast water permeation property.

Researchers have proposed several mechanisms for this superhydrophilicity. One is the transformation of the surface structure to a metastable structure, and the other is the cleaning of the surface via photodecomposition of dirt such as organic compounds adsorbed on the surface, after which water molecules can adsorb to the surface. The mechanism is still debatable, and it is too early to say which suggestion is correct. Atomic-scale measurements and other studies will be required to make a decision.