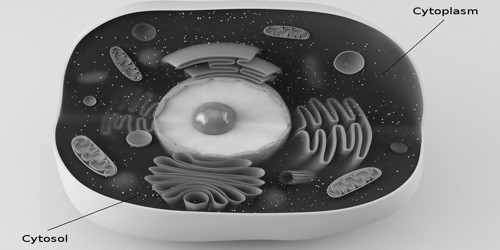 The cytosol is the internal fluid of the cell, and a part of cell metabolism occurs here. It is the liquid found inside of cells. More specifically, it’s the water-based fluid in which organelles, proteins and other structures of the cell live. Proteins within the cytosol play an important role in signal transduction pathways and glycolysis. 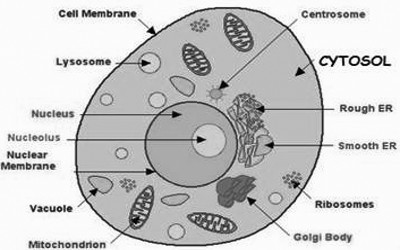 Normal human cytosolic pH is (roughly) 7.0 (i.e. neutral), whereas the pH of the extracellular fluid is 7.4. It has a high buffering capacity for intracellular pH. In addition to water, cytosol also consists of small molecules, dissolved ions and large water-soluble water molecules (e.g., proteins).

The texture of cytosol being described as granular can be attributed to the fact that in order to study the texture, an electron microscope must be used, which requires a process of dehydration prior to the study. In fact, most cells depend on the volume of the cytosol to make space for chemicals to move within the cell.

Cytosol serves as the medium for intracellular processes. It has an important role in providing structural support for other organelles and in allowing transport of molecules across the cell. This means it must contain the proper proteins, ions, and other ingredients for cytosolic activities. The function of these cells is determined by tiny organs (or organelles) that are present inside the cell.