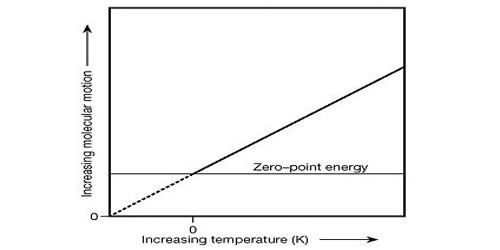 Thermodynamic temperature is proportional to the average of all the energies in all the ways in which it is possible for an object to move. Roughly, the temperature of a body at rest is a measure of the mean of the energy of the translational, vibrational and rotational motions of matter’s particle constituents, such as molecules, atoms, and subatomic particles. Internal energy is loosely called the heat energy or thermal energy in conditions when no work is done upon the substance by its surroundings, or by the substance upon the surroundings. Internal energy may be stored in a number of ways within a substance, each way constituting a “degree of freedom”. Thermodynamic temperature can be converted to temperature on the Celsius scale by subtracting 273.15.