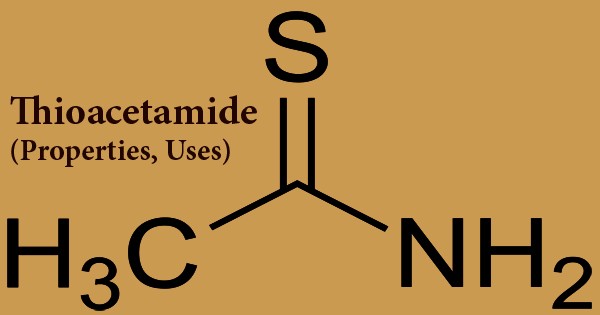 Thioacetamide is an organic reagent with the formula C2H5NS, and a colorless crystalline solid that is water and ethanol soluble. In the synthesis of organic and inorganic compounds, this white crystalline solid is water-soluble and acts as a source of sulfide ions. It is a thioamide that is prototypical. It is dissolved in water, ethanol, only slightly soluble in benzene, ether, at room temperature the aqueous solution or 50 ~ 60°C is reasonably stable, it does not change when put 2 to 3 weeks. Currently, thioacetamide is only used in qualitative research as a substitute for hydrogen sulfide. It emits poisonous gases from nitrogen oxides and sulfur oxides when heated for decomposition. Inhalation and dermal touch are the main routes of possible human exposure to thioacetamide. It is fairly expected that it is a human carcinogen. 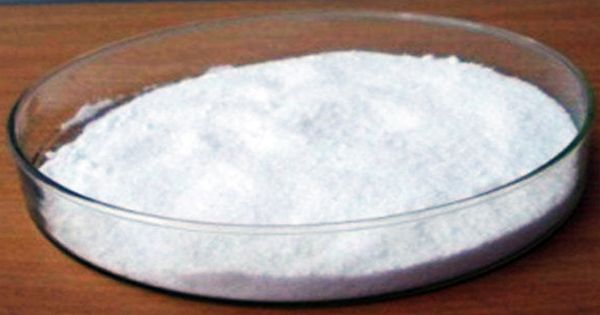 In an experimental animal model, thioacetamide is known to cause acute or chronic liver diseases (fibrosis and cirrhosis). It easily decomposes into hydrogen sulfide, but with the alkalinity or acidity of the solution, hydrolysis increases and the temperature rises rapidly. The administration of thioacetamide in rats causes hepatic encephalopathy, metabolic acidosis, increased transaminase levels, pathological coagulopathy, and centrilobular necrosis, which are the key features of clinical chronic liver disease, such that the onset and development of the human liver disease can be reliably reproduced in an experimental animal model. Hydrolysis equations solution of thioacetamide in acidic and basic is:

Thioacetamide with a mercaptan odor appears as white crystals. Because H2S or HS-can produce acidic or alkaline solution for hydrolysis, it is often used in analytical chemistry instead of toxic and odor H2S as the reagents of the metal cation group or precipitation reagents. Thioacetamide is commonly used as an in-situ source for sulfide ions in classical qualitative inorganic analysis. Thus, the treatment of several metal cations with aqueous solutions to a solution of thioacetamide offers the corresponding metal sulfide:

Thioacetamide is a thiocarboxamide composed of acetamide that has sulfur substituted for oxygen. It has a role as an agent for hepatotoxicity. It is an acetamide derivative. Nice, simple to distinguish, is the property of the resulting precipitate. In addition, it can also be used as a reagent for calculating bismuth. Method of preparation: It can be prepared by heating the acetamide with aluminum sulfide, acetonitrile-reacting hydrogen sulfide, or K3PS4-reacting acetamide. Thioacetamide is prepared by treating phosphorus pentasulfide with acetamide, as shown in the idealized reaction below:

Colorless or white crystals are thioacetamide. Mp is 113-114 °C, 16.3g/100ml of solubility in water at 25 °C, 26.4g/100ml of ethanol. It is slightly soluble in ether and benzene. Their solution is reasonably stable at room temperature or 50-60 °C, but it can produce thiosulfate hydrogen and decompose rapidly when hydrogen ions occur. The new product also has a smell of mercaptan, a slight absorption of moisture. The molecule’s C2NH2S component is planar; the distances of C-S, C-N, and C-C are 1.68, 1.31, and 1.50 Å, respectively. Multiple bonding is demonstrated by short C-S and C-N distances.