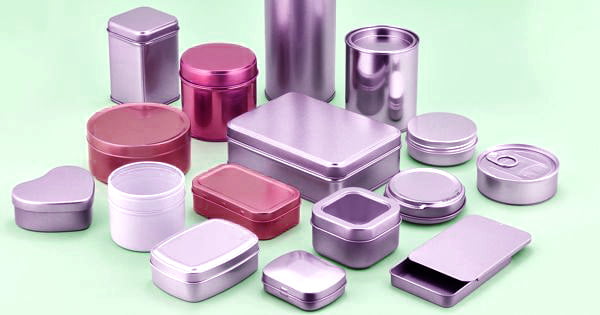 Tinware – any item made of prefabricated tinplate

Tinware is any item made of prefabricated tinplate. Usually tinware refers to kitchenware made of tinplate, often crafted by tinsmiths. Household items such as utensils, pots, and pans made from tin, generally before the development of metals with other benefits.

Many cans used for canned food are tinware as well. Something that is tinned after being shaped and fabricated is not considered tinware. Most kitchenware items that are made of aluminum and plastic in the 20th and 21st centuries were made of tinware in the 18th and 19th centuries. Its uses range from ale tasters and coffee pots to cookie cutters and boxes. With a proven safety and sustainability record, metal packaging is used in a variety of commodities sectors, ranging from food to cosmetics.

Although tin as a metal has been used for thousands of years, its use as a coating for metal plate dates only to the 16th century. Tin was used as an alloy some 30 centuries before the birth of Christ, but the earliest recorded objects of pure tin appear to be a ring and bottle that were found in Egypt and date from the 18th dynasty (1567–1320 BC). Tinware is strong, easily shaped, solder-able, and is non-toxic. In addition, it has a good appearance which can be further enhanced by lacquering it. Tinware was manufactured in Berlin, Hartford county, as early as 1770, and tin, steel, and iron goods were peddled from Connecticut through the colonies. Tinware proved popular, and the few tinsmiths found themselves with more work than they could handle. This situation led to the training of new tinsmiths and to the creation of new foundries to produce tinsmith’s stakes and other tools.

Of extreme importance is its property of corrosion resistance, especially against attacks by food products. Other industrial products are machinery, enameled tinware, leather, alum, paper, earthenware, stoves, and spirits, while a tolerably brisk trade is carried on in wool, feathers, cattle, and horses. These properties are due to the properties of tinplate, as tinware is made of tinplate. A coating of tin on a thin metal plate provides a rust inhibitor. Because it’s non-toxic and food-safe, tinplate is a useful material for making cups, bowls, and plates.