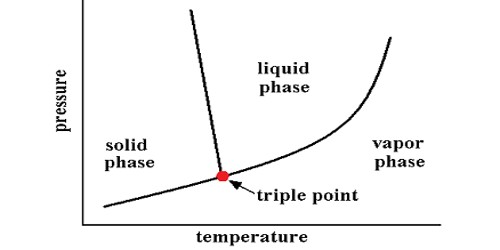 Triple Point of a Substance

In addition to the triple point for solid, liquid, and gas phases, a triple point may involve more than one solid phase, for substances with multiple polymorphs.  The triple point of pure water is at 0.01°C (273.16K, 32.01°F) and 4.58 mm (611.2Pa) of mercury and is used to calibrate thermometers. Helium-4 is a special case that presents a triple point involving two different fluid phases (lambda point). 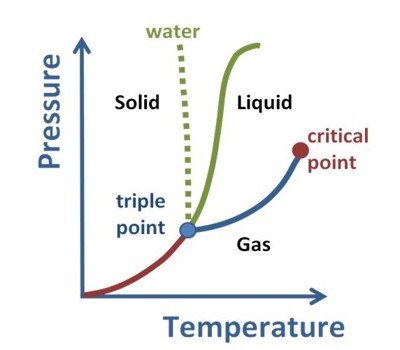 The term “triple point” was coined in 1873 by James Thomson, brother of Lord Kelvin. It is a specific case of equilibrium of the thermodynamic phase.