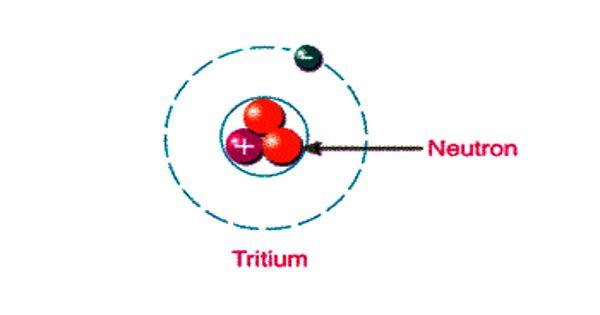 Tritium – an isotope of hydrogen 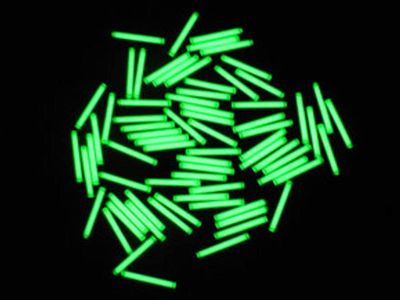 Tritium has one proton and two neutrons. The chemical behavior of tritium is the same as that of hydrogen. It heavier than ordinary hydrogen or its isotope deuterium. This means that tritium, just like stable hydrogen, can exist in a gaseous state or, more commonly, in the form of water, H2O. Hydrogen does not have any neutrons, only a proton.

A tritium is a radioactive form of hydrogen. Because it is radioactive, its release to the environment must be minimized. Most of the materials used in fusion reactors are metals that have a relatively high permeability for tritium.

In nature, tritium is made when cosmic rays hit nitrogen in the Earth’s atmosphere. It exists throughout our worldwide environment in the atmosphere, groundwater, soil, rivers, lakes, streams, and oceans from both natural and man-made production. Tritium has a half-life of a little more than eight years, so there is not much in the atmosphere. It being an isotope of hydrogen follows similar systematics of isotopic fractionation from protium as does deuterium.

Tritium was discovered in 1934 by the physicists Ernest Rutherford, M.L. Oliphant, and Paul Harteck, who bombarded deuterium (D, the hydrogen isotope of mass number 2) with high-energy deuterons (nuclei of deuterium atoms) according to the equation D + D → H + T.

Tritium is important for nuclear fusion power. Tritium is added to nuclear bombs to make them more powerful when they explode. Due to its chemical properties and weak radioactive emissions, tritium is considered one of the least harmful radionuclides.

Tritium is often used with phosphors to make glow the dark key-rings, and sights on rifles. Tritium makes the phosphors glow because it is radioactively unstable and gives energy to the phosphor so it can make light. It is also produced by man-made nuclear reactions. Before lots of tritium could be made, people used radium to make things light up but this gave people cancer. People make much more tritium in nuclear reactors so that they can make things from it.