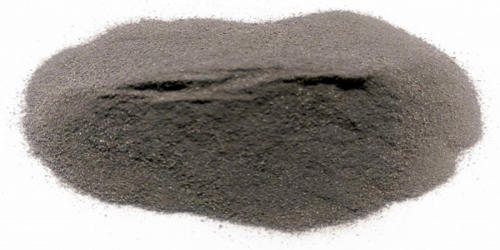 Vanadium carbide is the inorganic compound with the formula VC. Vanadium carbides (VCs) as a reinforced phase effectively improve the mechanical properties of steel and coatings. It is an extremely hard refractory ceramic material. With a hardness of 9-9.5 Mohs, it is possibly the hardest metal-carbide known. It is of interest because it is prevalent in vanadium metal and alloys. Vanadium Carbide Nanoparticles are available in numerous forms and custom shapes including Ingot, foil, rod, plate, and sputtering target. High purity forms also include Carbide powder, submicron powder, and nanoscale, single crystal, or polycrystalline forms.

Vanadium Carbide has an elastic modulus of approximately 380 GPa.

Being isomorphous with vanadium monoxide, it crystallizes in the rock salt structure. Because VC and VO are miscible, samples of VC typically contain an impurity of the oxide. It is produced by heating vanadium oxides with carbon at around 1000 °C. Vanadium carbide (VC) coating technology provides a superior protective coating for steel surfaces and eliminates the need for multiple heat-treatment steps. Vanadium carbide can be formed in the (111) orientation when formed by radio frequency magnetron sputtering. Although VC is thermodynamically stable, it converts to V2C at higher temperatures. Vanadium carbide (VC) has a cubic-F lattice with a motif of a vanadium atom at 0,0,0 and a carbon atom at 0,0,0.5. However, although illustrated here as a stoichiometric carbide, the carbon concentration tends to be less than 50%.

Vanadium carbide is used as an additive to cemented carbide, to refine the carbide crystals and thereby get an increased hardness of the inserts. Vanadium carbide coatings were formed on AISI 52100 steel specimens by Thermo-reactive diffusion and characterized using nanoindentation, x-ray diffraction, and chemical analysis. Vanadium-steel alloys are used to make extremely tough tools such as axles, armor plates, car gears, springs, cutting tools, piston rods, and crankshafts.