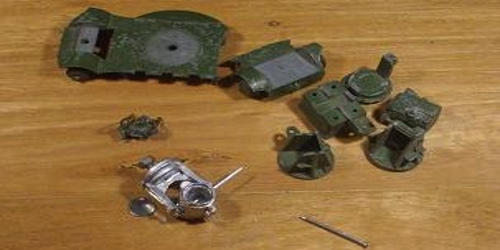 Zinc pest, also known as zinc rot, is a destructive, intercrystalline corrosion process of zinc alloys containing lead impurities. In metallurgy, it is a problem that occurs when impurities are introduced in the process of diecasting. While impurities of the alloy are the primary cause of the problem, environmental conditions such as high humidity (greater than 65%) may accelerate the process. The problem causes the metal to crack and disintegrate, in extreme cases crumbling to dust.

It was first discovered to be a problem in 1923, and primarily affects die-cast zinc articles that were manufactured during the 1930s, 1940s, and 1950s. Zinc pest literally drove the Dorfan Manufacturing Company, one of the first companies to use diecasting in making toys, out of business. The New Jersey Zinc Company developed zamak alloys in 1929 using 99.99% pure zinc metal to avoid the problem, and articles made after 1960 are usually considered free of the risk of zinc pest since the use of purer materials and more controlled manufacturing conditions make zinc pest degradation unlikely. The problem with this alloy is that it’s rather volatile. Impurities in the mix, especially lead, cause it to react. 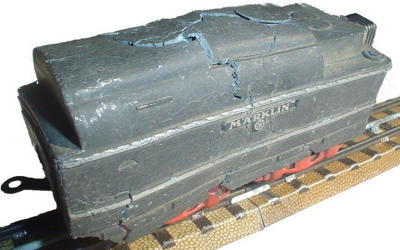 It’s a cheap process because it’s mostly made of cheap metals. It provides a really nice balance of strength, cost-effectiveness, and weight. Affected objects may show surface irregularities such as small cracks and fractures, blisters, or pitting. Due to the expansion process, the attached normal material may also be damaged. The occurrence and severity of zinc pest in articles made of susceptible zinc alloys depends both on the concentration of lead impurities in the metal and on the storage conditions of the article in the ensuing decades.

If the Zinc is less than 99.99% pure, it can be prone to zinc pest. But the manufacturing process can introduce impurities as well. Workers used to throw metal gum and candy wrappers into the molten alloy, with the company’s blessing. Zinc pest is dreaded by collectors of vintage die-cast model trains, toys, or radios because rare or otherwise valuable items can inescapably be rendered worthless as the process of zinc pest destroys them. So even if the zinc started out pure enough, it might not be pure enough by the time workers was done disposing of their wrappers in the alloy.