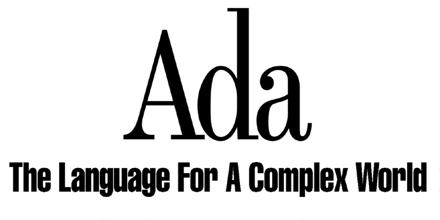 Ada is multi-faceted. From one perspective it is a classical stack-based general-purpose language, not tied to any specific development methodology. It has a simple syntax, structured control statements, flexible data composition facilities, strong type checking, traditional features for code modularization (“subprograms”), and a mechanism for detecting and responding to exceptional run-time conditions (“exception handling”). Ada is a structured, statically typed, imperative, wide-spectrum, and object-oriented high-level computer programming language, extended from Pascal and other languages. It has built-in language support for design-by-contract, extremely strong typing, explicit concurrency, offering tasks, synchronous message passing, protected objects, and non-determinism. Ada aims to improve the safety and maintainability by leveraging the compiler to find compile-time errors in favor of runtime errors. Ada is an international standard; the current version (known as Ada 2012) is defined by ISO/IEC 8652:2012.

The control structures of Ada are similar in style to most conventional languages. However some differences remain.

Case Statements: Case statement in Ada can be define as follows

For loop Example is following :

Several options exist for providing an environment for the development of Ada-language programs. Some useful environments are listed below.

Why consider Ada for safety/security-critical software : Ada gives some great benefit in soma major domain in development. Thesebenefit are mention below

Ada is seeing significant usage worldwide in the high-integrity and safety-critical domains including commercial and military aircraft avionics, air traffic control, railroad systems, and medical devices. With its embodiment of modern software engineering principles Ada is an excellent teaching language for both introductory and advanced computer science courses, and it has been the subject of significant university research especially in the area of real-time technologies.

From the programmers perspective, the role of the programming language is to offer leverage: developers will do their jobs more effectively and efficiently when the language they are using offers better support for the various “ilities” (readability, maintainability, portability, etc.) These are precisely the goals that Ada was designed to meet, and which it has been achieving successfully for nearly twenty years in large, long-lived systems worldwide.