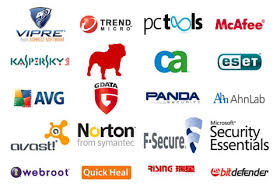 Internet connectivity was widespread, viruses were typically spread by infected floppy disks. Antivirus software came into use, but was updated relatively infrequently. At that time it was identified that viruses could not be spread by the readable content of emails, although executable attachments were as risky as programs on floppy disks. Some antivirus software can considerably reduce performance. Users may disable the antivirus protection to overcome the performance loss, thus increasing the risk of infection. For maximum protection, the antivirus software needs to be enabled all the time often at the cost of slower performance.